From a Tragedy Springs Incredible Strength and an Important Mission

A NOTE TO PARENTS: This article, and the very subject it deals in, is for a more mature audience. This is not meant to be shared with young children, and we encourage it for teens only (12+). Even then, we encourage you to use discretion and familiarize yourself with the topic before deciding if you find it suitable for your children.

In April of 2014, tragedy struck the bucolic town of Overland Park, Kansas. A single gunman took the lives of three people in two separate shootings at the Johnson County Jewish Community Center. The first event took place in a parking lot on the grounds of the Jewish Community Center campus, with the second following a short time later at Village Shalom, an assisted living facility. When the dust settled, 69 year old local doctor William Corporon and his 14 year old grandson Reat Underwood, as well as 53 year old Terri LaManno, were dead. The accused shooter was an avowed anti-Semite who spouted hateful statements and Neo-Nazi rhetoric both during and after his brutal attack. His three victims were all Christian.

These tragic events rocked the community of Overland Park, but as a testament to the fact that hope will always be stronger than hate, that community has rallied together. In April of 2015, the community of Kansas City shared seven days of love and kindness in remembrance of those lost, in order to build a more positive future.

SevenDays is a charity organization and community movement founded in response to this tragic event. Faith Always Wins Foundation, a charity organization, along with many active volunteers, created SevenDays, Make a Ripple, Change the World. It was founded in part by Mindy Corporon, mother of Reat Underwood and daughter of William Corporon. The SevenDays movement sees itself as “a group of caring individuals [who] decided that we, as a community, have the power to outshine and overcome such senseless acts of hate.“ Mindy Corporon and the SevenDays movement seek to unite the community of Overland Park through acts of love and kindness, serving as a touchstone that will “rekindle relationships, form promising new connections, and turn one ripple of kindness into an unstoppable wave of faith and love.” The organization encourages everyone to “embrace diversity across races, religions, and cultures.” Mindy Corporon stresses the critical point we must all teach our children: “we are more alike than we are different.”

The ripple of kindness serves as a powerful symbol. Four concentric rings create three more of unfilled space, and amount to a symbol that contains seven unbroken circles, a nod to interconnectedness and the principles of “inclusion, wholeness, nurturing, mobility and our commitment to creating centered, focused lives for ourselves and for the ones we love.” Besides serving as a reminder and theme for each of the seven days of love and kindness, the ripple serves as a metaphor for the potential we all have to do good.

The SevenDays event, which was scheduled to coincide with the anniversary of the tragedy on April 7-13, 2015, (April 12-18, 2016) may have passed, but its ideas, ideals, and goals live on. A ripple signifies the start of something; it serves as a beginning and not an end. The idea of “make a ripple, change the world” shows how each of us can insert positive energy into our communities and the world around us. We all have the power to show love and kindness, and spread ideas and ideals that will better ourselves and others at the same time.

Too often, in the wake of tragedy the bulk of attention is paid to those who committed terrible acts. The SevenDays movement has changed the dialogue, and created a positive message out of horrible events. Rather than allowing the focus to be on the perpetrator, those left behind in the wake of the Overland shooting have redirected everyone to remember their loved ones in a way that does honor to their memory by serving all of us. SevenDays is about a celebration of life, and a propagation of good in this world. When we empower the positive rather than the negative, we provide for a better future while paying our respects to the past.

To learn more, we encourage you to visit the SevenDays website. The website provides more details about the organization and some outstanding ideas about love and service. We also encourage you to take a look at this interview with Mindy Corporon, who has an incredible message to share.

Supporters who came out for the walk, one of several SevenDays events. 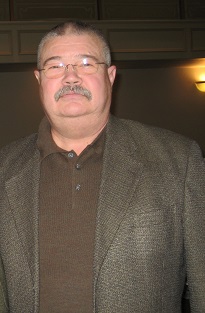 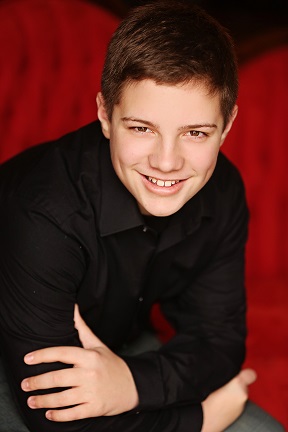 This piece was written in memory of William Corporon, Reat Underwood, and Terri LaManno – and is dedicated to their families, friends, and the greater community of Overland Park, Kansas. May they find peace in the aftermath of this tragedy, and strength in the support of others.