On April 34, 2013, a Bangladesh Factory fire caused the deaths of 1,227 workers.  Unfortunately, such deaths are not uncommon in this small nation, which supplies garments for such notables as Burlington, Wal-Mart, and Disney. 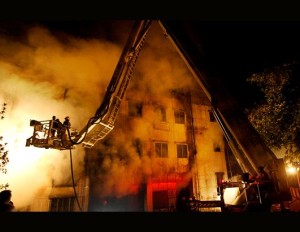 Who is to blame for the Bangladesh Factory Fire? The Government, Factory owners, consumers, big corporations, a combination?

Quickly, retailers scrambled to distance themselves from the tragedy, but we wanted opinions.  In this segment, a girl from New Jersey gives us her opinion regarding who is to blame.

Who is to Blame in Bangladesh Factory Fire?

A similar situation occurred with the Titanic. British law had a safety requirement that each ship had to have a certain amount of lifeboats, depending on the number of passengers. The Titanic exceeded the required number of lifeboats they needed to pass this test, but still they did not have enough for everyone onboard. This caused a tremendous amount of deaths!

Even if the factory owners passed certain minimum safety standards, they should have carefully inspected the building and followed common sense safety requirements. With this said, the government should think about this tragedy and the people that died, and pass the needed laws to prevent this type of tragedy in the future.

What are YOUR thoughs on the Bangladesh Factory Fire?

Such “accidents” in third-world nations such as Bangladesh are very common.  We’d like your opinions.  Scroll to the bottom of the page and leave a comment.