Home>article posts >Appreciating What We Have – Together 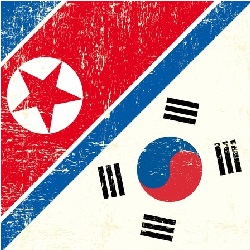 Appreciating What We Have – Together

Freedom, democracy, and the ability to live our lives together the way we want to are easy things to take for granted. Those of us who are lucky enough to have never known another way of life may easily overlook what it is like to go without some of the most basic abilities to make choices in our own lives.

Our ability to spend time together as family, to share in the journeys of our children, parents, brothers, sisters, and other relatives is a blessing that should not be overlooked, no matter how busy we might be.

A recent article shares the story of Korean families separated by the effects of war, driven apart for more than 50 years. Articles like this can help to remind us how lucky we are.

The Korean War officially took place from 1950 to 1953. This war saw Korea divided between North and South, with civil combat that ripped families apart. While active conflict ended more than 60 years ago, the war was ended by an armistice, and the two Koreas are still technically at war with each other. Tensions run high, and the DMZ (demilitarized zone) that divides North and South is one of the most heavily patrolled areas in the world.

Thousands of family members have been separated and allowed no contact with each other since the war broke out. There is no mail delivery between the two nations, and electronic communications are heavily monitored or blocked altogether. Since the year 2000, the Red Cross has hosted sporadic reunion events when relations between North and South Korea allow. These reunions are held at Mount Kumgang resort, near the border.

While tens of thousands of Koreans apply for each of these gatherings, the unfortunate reality is that limited resources prevent more than a handful of people from each side from being chosen. The participants are selected at random by a computer program that takes into account age and family background. Preference is given to the elderly, and in many cases it is literally a “last chance” to reunite family members divided by war.

The most recent reunion, held in October of 2015, saw a heartwarming reunion between Lee Taek-gu, who is 89 years old, and his sister who is 20 years younger. They last saw each other when she was a very young girl, before he got on a boat to flee for the South. He thought he would be able to return after the war, but instead has had no contact with her in more than 50 years.

The article is accompanied by a heartwarming series of photos depicting Lee Taek-gu, wearing his “best jacket” and all decked out to see his sister. It was an incredible opportunity for two family members to reunite, to share about their family and times past, and to appreciate a rare moment of togetherness.

The opportunities we have to spend time together are precious. This story of Korean families – divided for many years by only a few miles – helps challenge us to appreciate what we have, and to make the most of it, together. It reminds us to appreciate and cherish every minute we have with family.