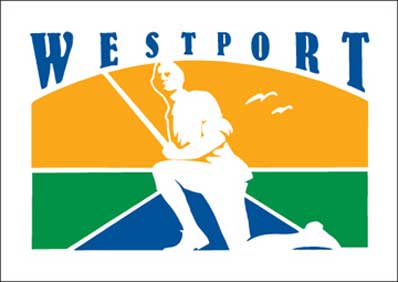 Staples High School student Samuel Boas is a 16 year old who believes that he is a typical teen, but the teenagers who survived a grizzly bear attack by a mother bear with a cub nearby and a long delay until medical help could arrive would dispute this characterization.

A frosty winter afternoon with the Matanuska River in the foreground. (Photo credit: Wikipedia)

The incident took place in July of 2011, and the teens involved were all part of a survival skills course in the state of Alaska. Thanks to EMS training that Samuel had previously received in his hometown of Westport, Connecticut the injured teens received first aid immediately, and this is credited for the survival of at least two of the teens who were seriously injured.

The group had some basic first aid supplies, but Boas had to improvise with a number of materials found nearby. The hike was intended to test the survival skills of the teen, and they were on the 24th day of the course on that fateful day. Not only did Samuel provide the medical treatment and stabilization needed by those who were hurt badly in the attack but he also refused to be one of the first that were rescued until the injured teens were taken out of the wilderness first.

No Adults Were Around To Assist Samuel Boas

One controversial aspect of this story is that the group of teens was traveling without any adults supervising or guiding the adolescents. Some have criticized this but the fact is that even adults would not have been able to do a better job then these course students did. Luckily for the group Samuel was not injured in the attack, and his quick thinking and actions were responsible for the other teens staying calm after the event.

The group was hiking near the remote town of Palmer, Alaska, and their 30 day trek was part of the course offered by the National Outdoor Leadership School. Since they were advanced and had finished more than 3 weeks one of the final tests was to send groups into the wilderness to check the skills they had acquired up until that point. 7 students including Samuel Boas were sent together for safety reasons. The group included teens who were 16, 17, and 18.

All of the teenagers who were on the trek did not expect to be tested quite the way that they were, but none of the students expressed regret over going. Many commended Samuel for his dedication to the group and his efforts to provide first aid and attract help. The grizzly bear attacked the teens at 8:30 pm on Saturday night,  and after the emergency location beacon was activated there was a 9 hour delay until emergency rescue personnel could arrive at the scene.

What is even more remarkable is the fact that Boas could have been taken out with the first group after help arrived, but he refused to leave the scene until the inured students were removed and he waited until the last group to be rescued from the camp. Many 16 year old teens would not have known what to do in this situation but everyone survived because Samuel Boas was prepared and willing to go above and beyond what was expected of him. He is a hero even if Boas does not recognize this fact, and his story is inspiring because it shows that the courageous acts of one teenager can make an enormous difference to others.

The questions below ask you to think and are intended to start a conversation with the answers provided. Comments, answers, and thoughts can be placed in the comment box at the bottom of the page.