Home>article posts >Why Are Some American Children So Unhappy? 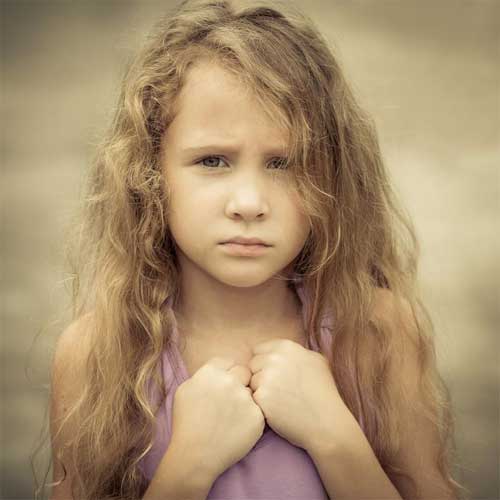 Why Are Some American Children So Unhappy?

According to Diana Divecha, in this recent article from the Washington Post, quantitative analysis shows that American children are significantly more miserable than their counterparts in other countries. Adolescence scholar Larry Steinberg points out that recent studies have shown American kids and teens are significantly less happy than others, and the gap between them and the rest of the developed world is only widening. Furthermore, he points out that the places where American teens do top the charts, statistically speaking, are in areas like violence, substance abuse, obesity and other mental/physical health issues.

Dr. Divecha, Ph.D. and developmental psychologist, points out that America is a nation obsessed with “parenting advice.” A quick search will turn up over 100,000 books on the subject. If American parents seem to care so much about parenting, why aren’t American children happier?

According to Dr. Divecha, it seems the biggest problem is that caring about parenting is not the same thing as caring about the actual needs of children.

Dr. Divecha makes a number of fascinating points and points out a host of powerful statistics. For instance, widespread debate on spanking and other corporeal punishment intermittently dominates the conversation in America. Does it work or does it not? Do parents have the right to choose, or do children have a greater right to safety? Seemingly absent from this discussion is the question of whether there is a way to accomplish education through support, rather than simply establish a rule about spanking. Ignoring all the statistics on this matter, is it possible we are simply asking the wrong questions?

While the number of incidents of school violence and bullying, teen suicide, and psychological trauma are staggering, is treating these problems piecemeal a problem in itself? American school shootings are an almost unique phenomenon in the world, so two thirds of American high schools have armed security guards. Children are expelled in record numbers and pushed from the education system to the criminal justice system. Are we addressing the root of the problem or confronting individual problem cases and calling that a solution?

Reading a parenting book is not the same thing as parenting. Punishing a troubled child is not the same as helping a child in trouble. It seems that we are not seeing the forest for the trees, as developmental scientists urge that a child’s ability to be successful in life is intrinsically tied to the way in which their environment – namely their society, family, and the greater culture around them – “aligns to support their development.”

In other words, by “solving problems,” we seem to be creating more of them. In general, the pattern of trying to address issues as they exist now is a reactive measure. Finding more efficient ways to deal with recurring problems doesn’t stop the problems from repeating themselves. It is a band-aid to the real issue. A shift needs to occur, in which we seek to address root concerns and support children in a proactive manner.

This is at the core of our mission here at InspireConversation.com. We believe that parenting is not something you do “at” children, but rather the process of raising healthy, happy and successful children is one shared with the children themselves. By engaging in meaningful discussion, and actively addressing our children’s feelings, we enable them to grow to be fuller, better, and happier people.

There is no quick fix, no blanket answer to big questions. There is no rule of thumb for how to act in every situation, or any situation for that matter. A family needs to be a dynamic entity, that addresses actual concerns, in real time, through communication. We don’t learn from anywhere how to raise our children, we learn from our children how to raise our families.

By starting at the family level, it is our hope that a shift can be made as a society, one that creates better supported children and a brighter future for all of us.