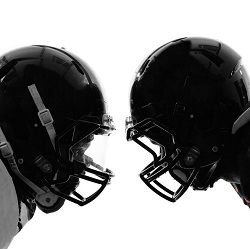 As a star player for the Indianapolis Colts football team, Andrew Luck has a lot going for him in his career. The young quarterback has been a talented player since an early age, made waves while playing at Stanford, and was a much hyped and promising young prospect for the NFL at the time of his draft. Andrew’s talent for sport is undeniable, which makes it even more amazing that the majority of headlines regarding him are about something else entirely – his mouth.

Andrew Luck has developed a reputation for running his mouth almost constantly on the football field. As a quarterback this would not be uncommon, if he was calling out plays. It also wouldn’t exactly be news if he was one for a bit of trash talking, as some players in the rough-and-tumble world of professional sports have been known to do this.

Several players have reported incidents that they stated as “confusing” at the time. In 2013, Miami Dolphins player Nolan Carroll sacked Luck, knocking him down. When he started to return to his team’s huddle to regroup for the next play, he heard someone whisper into his helmet from behind, “Great job, Nolan!” Nolan had assumed it came from his team but turned around to find Luck congratulating him. Ryan Kerrigan of the Washington Redskins reported a similar event, in which he hit Luck so hard that he fumbled the ball. A disoriented Luck was unable to say anything right away, and so he tracked down his opponent later in the game “to tell Kerrigan how great he was doing.”

Football is a very physical sport, and competition can be fierce. As grown men use all their physical might to try to bring each other to the ground, Luck’s positive attitude and universal praise may seem out of place, but is certainly welcome. Ryan Kerrigan reported instinctively turning to thank Luck after his compliment during game day, only to turn around and say to himself, “wait a second – I’m not supposed to like you!”

People who know Andrew from childhood and college say his on-field demeanor is just who Andrew is, and a reflection of his genuine personality. They say that his compliments are not an act, or a ploy to throw opponents off balance, but rather a polite expression of genuine admiration. They say he is a good hearted person who was raised to be polite and courteous – and who apparently doesn’t believe that good manners don’t apply just because your job involves hitting other men on a field of play.

This story represents a rather extreme manifestation of a simple concept. It may seem amusing to think about large, athletic men hitting each other and then saying thank you, or great job after being tackled, but it shows that there is no place where being courteous doesn’t apply. If Andrew Luck can inject good manners into something as intense and forceful as professional football, we are all capable of taking the time to be polite to others. The next time you have to think twice about saying thanks, or going out of your way to give someone a compliment, consider that Andrew Luck probably just did so, after getting tackled!