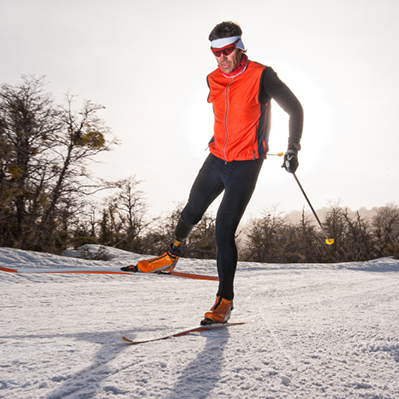 The True Purpose of Competition is Unity

Competition is not only about winning, it is also about coming together as a group and helping one another when help is needed. If the focus is only on winning, then the true spirit of competition is missed. When a competitor goes down you have one of two choices: you can gloat or you can help. The choice you make shows your true nature. Gloating is easy to do, but stepping forward and offering a helping hand takes immense courage.

Coach Wadsworth Chose to be Courageous and Help Rather Than Gloat

Coach Wadsworth is a true inspiration, and he showed the real meaning of competition when he ran onto the course with a new ski for Gafarov, making sure that the Russian finished the competition and showing greatness with his acts of kindness and courage. Coach Wadsworth pushed any agenda that he had aside, and made the situation purely about a man helping another man who needed assistance. He resisted the temptation to make this about competitors who need to win at any cost and to gloat over the misfortune of a competitor. Not only did he bring the ski to Gafarov, he even helped him put it on! Wadsworth quote in the Toronto Star was a good lesson for us all: “It was like watching an animal stuck in a trap. You can’t just sit there and do nothing about it. … I wanted him to have dignity as he crossed the finish line.”

We Should All Try to be Like Coach Wadsworth and Put Unity, Kindness and Respect First

The Olympics are a time for unity and coming together as a group. We should all strive to be like this all the time and not just when the Olympics are being held. Once the games are over we should continue to look for ways that we can help others, especially when they stumble or are down. Coach Wadsworth is a great man, and he showed this not by winning medals but by his actions during the 2014 Olympics when a competitor needed assistance and he helped.

Have you ever helped a competitor? What happened? We really want to hear your thoughts about this, please comment below.