Home>article posts >In China’s Maotanchang, Studying is a Way of Life 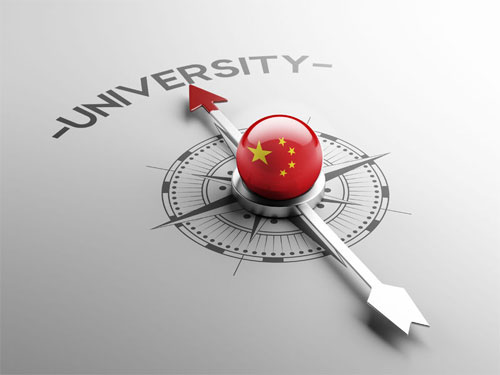 In China’s Maotanchang, Studying is a Way of Life

In China’s Anhui Province, deep in a remote part of the country located hours from anything resembling a city, lies Maotanchang School. This enigmatic locale, one of China’s secretive “cram schools” may be an academic institution, but is colloquially known as “the factory,” a surprisingly apt descriptor.

With one of the few world economies still dominated by heavy industry, China is famous for villages and areas dedicated to the production of a single, niche product. An entire village may do nothing but produce a very specific novelty, or machine part.

Home to 20,000 students, Maotanchang is famous across China as a “school factory” that produces test-takers – with the same blinding efficiency of a production line.

In China, universities are all run by the state, and the single criterion for admittance to these institutions is a standardized test, known as the gaokao. The test covers a full range of subjects, including math, science, social science, language and foreign language.

With no private universities, and a lack of supplementary entry qualifications for state universities, the gaokao represents a powerful force in the lives of young Chinese students and their families. With the ability to study overseas an option for only a select and privileged few, the gaokao is the first, last and only line between higher education and “Dagong” or manual labor. It essentially pits Chinese students against each other in an academic battle from which only the top percentile will emerge with the opportunity to further their education, and therefore, their opportunities for more advanced jobs as opposed to a life in the fields or in a factory.

Maotanchang offers Chinese parents and students a hope for higher scores, at a steep price. Its rigorous program isolates students from technology, entertainment, and distractions. It employs strict, almost military obedience and scheduling, and emphasizes round the clock work. Students study and take classes from 6 in the morning until 11 at night, with only 3 hours per week designated as recreational time. Parents pay high fees for spartan living conditions and often accompany students to live with them in cell-like quarters while they provide for their needs during education. The method of learning is rote, and facts are drilled into the heads of young boys and girls with potent force.

Pressure runs high as students are confronted with the proposition of a single exam which will most likely determine the rest of their lives. More than that, for rural families it may mean the first opportunity for a child to leave the town, and industry, that parents are beholden to.

We encourage you to read the full, in-depth piece written for the New York Times on Maotanchang, the “Study City.” Discuss together the conditions and expectations of the school, as well as the test and the system that bred it. Compare these to your own situation and see where there are parallels, as well as discrepancies. Think about how you as parents and teens handle academic pressures, and in what ways you work together to reach your own goals. It is fascinating to consider how much changes, and how much stays the same, for two lives a world away from each other.

We encourage you to discuss, as a family, whether or not you feel you would be prepared to make the respective sacrifices of these Chinese students and parents. Were you living in this kind of society, would you be able to handle the pressure?