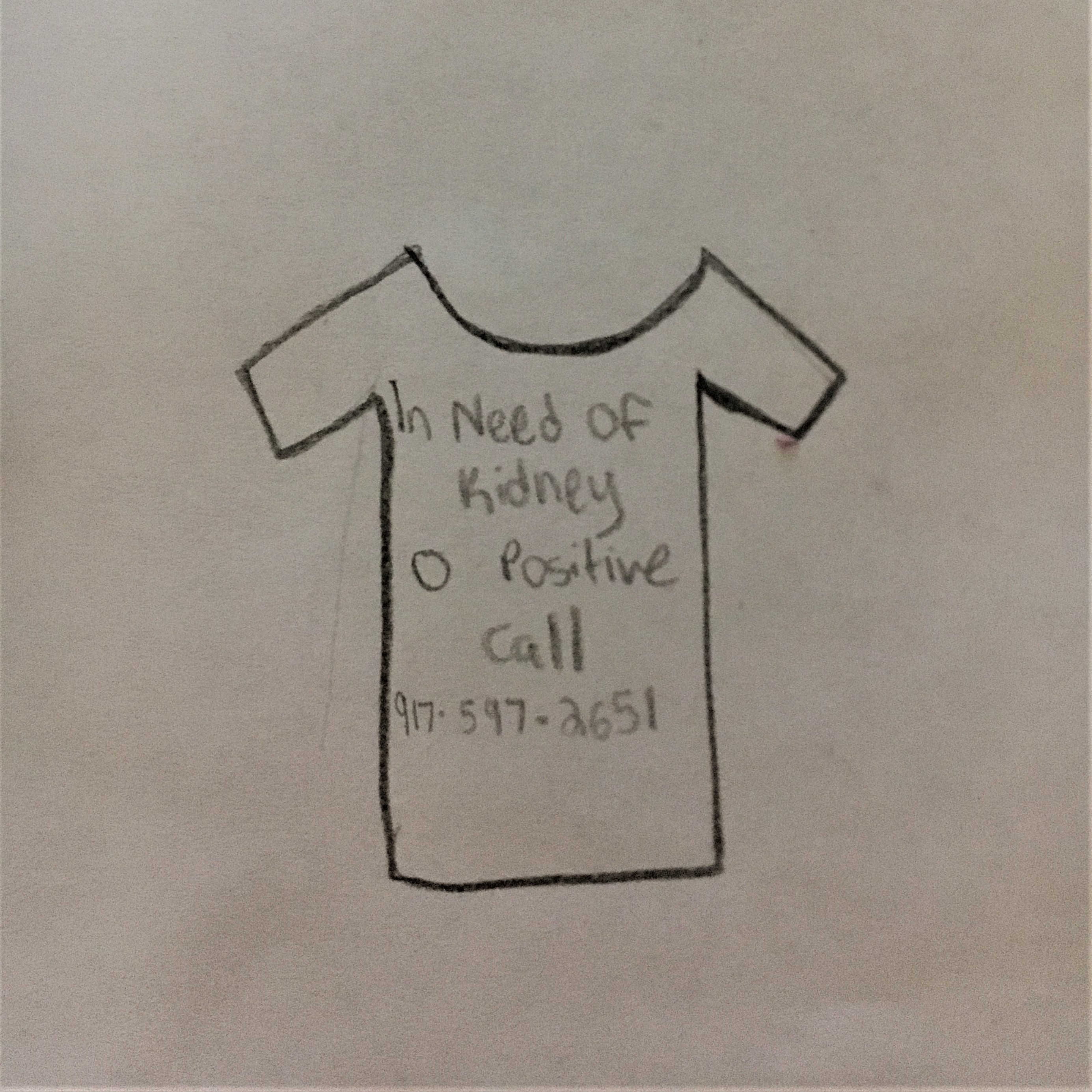 29 May In article posts by Inspire Conversation

How a T-Shirt Leads to an Organ Match

Robert Leibowitz suffered from chronic kidney disease. During the last three years, Leibowitz had been on dialysis multiple times each week for many hours. When traveling to Disney World, Leibowitz wore a t-shirt embedded with the words “In Need Of Kidney, O Positive, Call 917-597-2651.” Because of this t-shirt, his life was transformed.

Rocio Sandoval, a total stranger, took a picture of Leibowitz wearing the shirt and posted it on Facebook, causing the post to be shared more than 90,000 times. Jess Rutledge, an ICU veterinary technician in Indiana, told her friend Richie Sully about his post. A day earlier, Sully just learned that his blood type was O-positive, which was the blood type needed for anyone who was to become a kidney donor for Leibowitz. Sully called Leibowitz and explained his interest in being a donor. Prior to scheduling the surgery required for the transplant, Sully took part in physical and psychological tests and had dinner with Leibowitz. After this, the operation was performed in New York Presbyterian Hospital.

Leibowitz was immensely grateful for Sully’s kidney. Sully said, “he won’t stop thanking me for it. It’s not a big deal to me but I know what it means for him and his family.” Sully explained that he was raised to provide help for people in need, and he said: “a guy needs this to live, and I have an extra one, I can function with one, not a big deal.” Sully had faith in the New York Presbyterian doctors which is why he was not anxious about the surgery. In contrast to Sully who believed this donation was “not a big deal,” Leibowitz and his five children found this donation to be lifesaving, as Leibowitz said, “the only cure for what I have is humanity. And that’s Richie Sully.”

The surgery was not the only thing that Sully sacrificed; he had to travel for 30 hours round trip by bus from Fort Wayne, Indiana to New York to perform tests and meet with Leibowitz. Sully and Leibowitz’s surgeries were covered by insurance, however, Sully still needed to pay for transportation and had to stay in New York for two weeks after the surgery. In an attempt to pay for some of this, a YouCaring Account was created.

How To Inspire Others

Liebowitz and Sully want their story to inspire others to learn about living donor programs. Sully even admitted that until Leibowitz he was not aware of this program, and said that he aspires to help others on the waiting list. Leibowitz would not have had this new kidney if not for the person who shared the picture of his t-shirt on Facebook, the technician who told Sully about the post, and of course Sully himself. Lebowitz dreams of one day travelling to Disney World together with Sandoval, Rutledge, and Sully.

We wish Robert Leibowitz continued success with his new kidney and are so proud of Richie Sully and all of those who helped with this life-saving donation!