Home>article posts >Mars Ones Narrows Applicants: Would You Go? 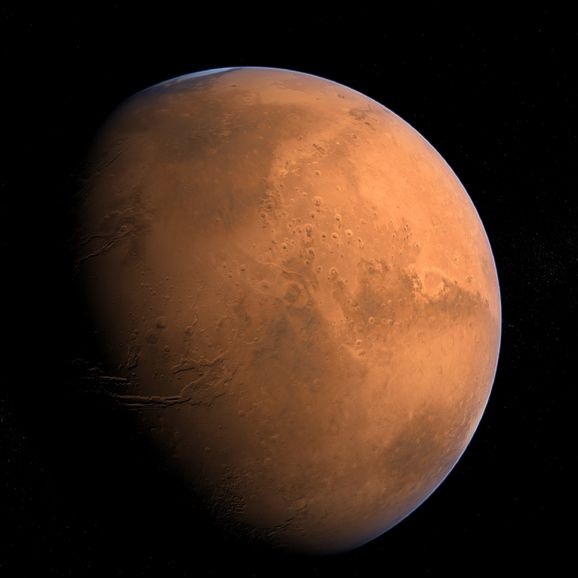 Mars Ones Narrows Applicants: Would You Go?

Many of us grow up looking out at the stars, and dreaming of one day travelling into space. Would you want to be one of the first humans to set foot on the planet Mars? Would you do so if it meant taking a one way trip?

Mars One is well underway. The planned 2024 mission to arrive at, and begin colonization of, “the red planet” is actively screening applicants for the first manned mission to another planet. Applications opened in 2013, and over 200,000 people submitted. Based on a variety of criteria, ranging from age and height to personality, the pool has been whittled down to 100 individuals.

Training for the mission is set to begin this year, which will result in a further paring down of the applicants. The goal is to narrow the field to six teams of four potential astronauts, to enter a final stage of training and selection. The plan is then to document the journey of these final candidates for a reality TV series, with the final four (who would actually travel to Mars) being chosen by the general public. As the program explains, “Because this mission is humankind’s mission, Mars One has the intention to make this a democratic decision. The whole world will have a vote which group of four will be the first humans on Mars.”

Mars One was conceived by Dutch entrepreneur Bas Lansdorp, and is currently funded independently of any government or established space program. The money comes from a combination of corporate sponsorship, crowdfunding, and in a move that speaks to the idea of a “people’s movement” for martian settlement – merchandising and, ostensibly, funds earned from the future TV project.

Mars One has designed its mission using existing technology. The plan is to launch the first, unmanned craft in 2018. The first manned mission would bring four colonists to Mars in 2024, with another crew of four following every two years. The goal is to establish a permanent settlement on Mars, meaning the missions will be one way trips. Martian colonists will leave Earth never to return, but hoping to create an outpost for humanity beyond our planet.

Many have criticized the schedule and the technology for the mission as unrealistic, while others question the morality of sending humans to a planet from which they will not be able to change their minds and return. Colonists will be separated from their friends and families, in the hopes of accomplishing something that will be a powerful step forward for science and humanity as a whole.

Is there a danger in sendinding ordinary humans as opposed to professional scientists and astronauts? An advantage? Does the idea of making the process into a TV show make it more interesting, more fair, or does it cheapen and cloud the process?

Those who created the project recognize the controversy, as well as the fascinating potential for discussion created by the moral quandaries and decisions surrounding the mission. The “Mars Exchange” page opens up to the community questions like “Is a one-way journey wrong?” “Is broadcasting the human Mars mission as entertainment opening up moral risks?” and even “Are we invading Mars?”

The idea of a mission to Mars is a fascinating development in technology, human exploration and science. It pushes forward boundaries of science and ethics all at once, asking if humans can get to Mars, as well as whether we should, and how best to do so. It also provides an opportunity for families to discuss together just how far they would be willing to go, and what sort of sacrifices they would make for personal achievement, as well as for what some believe is the good of the human race. See where you and your family stand on these questions after reading more about Mars One. A brave new world awaits us, both for those who travel and those who stay behind.