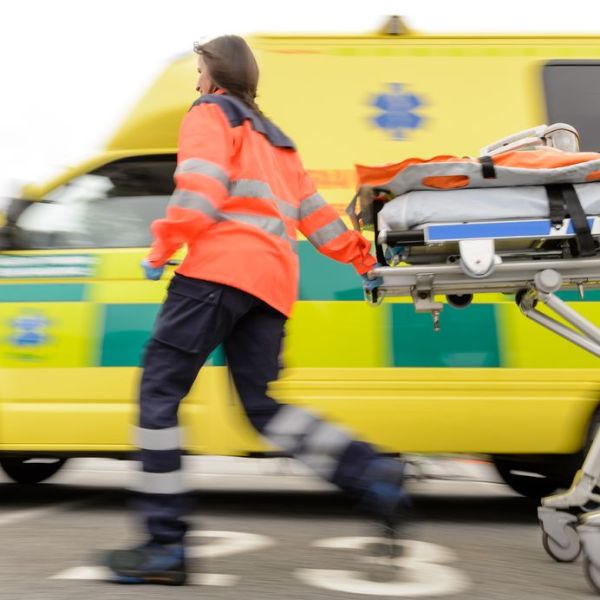 Every once in a while real life rears its head and plants an important lesson right in our faces, often at unexpected times. When we keep our eyes open and are receptive as well as teachable, we learn from both the good and the bad that come our way.

Over the weekend one such lesson hit very close to home when one of our site’s founding members was at the Waldorf Astoria Hotel in New York City. The young man fainted, hitting his head on the way down and blacking out. This started a chain of events that was worrisome for all involved.

One would have expected everyone to panic and there to be chaos, especially because it happened with barely enough time for anyone to recognize what was happening. However the reality was quite different and inspiring.

What made a potentially harrowing ordeal more manageable was both the attitudes and the actions of all present. First on the scene were staff from the Waldorf Astoria’s security personnel who helped to immediately calm those present. At a time like this, it seems possible, even expected, that the sheer energy associated with an emergency situation would cause some to be curt and even cold. However, these individuals, officers Jeremy Lopez, Jesse Battle and Ricardo Carreno, didn’t simply tend to the immediate safety of the young man, but also eased the nerves of the rest of the family through their polite, kind and courteous demeanor.

Eventually paramedics arrived on scene. These two men, Stanley Dietrich and Tommy Whalen, were exceptional in their ability to both perform their jobs well and act with the utmost professionalism. While there was relative certainty throughout that this was not a life and death situation, it was still a crisis and could have potentially been much worse. Any parent who has seen a child injured or in danger can identify with the feeling, and the situation could have been harder on both the young man and the family had the EMTs and hotel staff not been so able to convey a feeling of calm to all involved. As important as their ability to handle the medical issue was, their keeping cool in an emergency was a crucial skill and asset that contributed as much as anything else to a healthy resolution.

Calm Wins Out Over Chaos in Crisis Situation

Responding to an emergency means dealing with the situation at hand, as well as recognizing other people that are involved. It was a powerful example of multitasking to see these men care for both the young man and his family simultaneously, recognizing that his injury hurt the whole group in its own way, and thus some type of care and attention were needed by all.

Too often we are quick to complain when something does not go our way, but forget or ignore the possibility to extend thanks and praise for a job well done. We would like to thank all those involved for not only tending to the immediate needs of the situation and medical concerns of the young man, but for tending to the spirits of the family, inspiring confidence and conveying a sense of calm when it was sorely needed.

We can all learn from their example and not let a crisis get the best of us. It is rare that a situation only affects one person, and thus there is always someone we can help in an emergency. We can aid a dire situation by keeping our cool and looking to be of service, because by helping others we help ourselves to remember that the problem is bigger than any one of us.

We again thank those involved for the valuable lesson of maintaining grace under pressure. They made the situation better by remaining calm, cool, collected and kind. This was a hard earned lesson and an unnerving situation, but it was made better by the hard work, professionalism and compassion of all those involved.