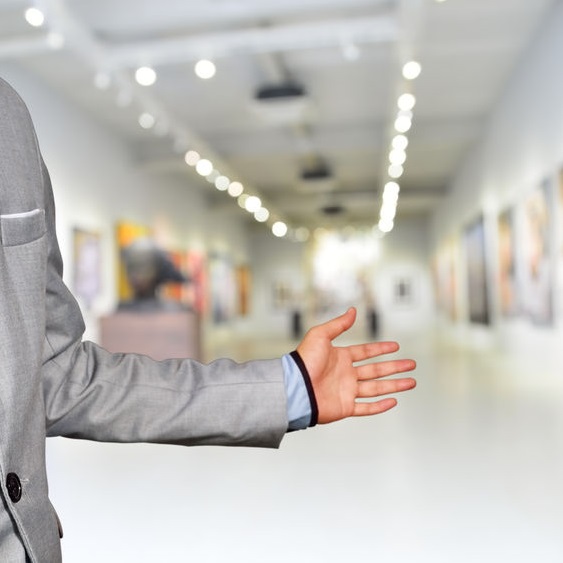 The internet, and social media in particular, continue to push boundaries in our lives and challenge our notions of what is acceptable. Massive amounts of content pushed across a variety of platforms mean that traditionally professional roles are challenged. Anyone can be a photographer, a writer, a philosopher or a critic. At the same time, just how much of what we post is really “ours” continues to be determined.

Many people share their pictures on social media. An interesting new story shines a light on just where those pictures might end up, and what they could possibly be used for.

Richard Prince is a painter and photographer who has opened an interesting and controversial chapter in the art world through a show at the Frieze Art Fair in New York. His collection, entitled “New Portraits,” consists of screenshots of other people’s Instagram photos, reproduced into 6-foot-tall inkjet prints. These “works of art” have been very slightly altered from their original state online. The captions have been removed, but the “likes” and a curated selection of  comments from the popular photo-sharing site remain. The works have sold for $90,000 each.

The question of copyright has been raised, and the answer from Instagram may surprise you. According to the company, “People in the Instagram community own their photos, period. On the platform, if someone feels that their copyright has been violated, they can report it to us and we will take appropriate action. Off the platform, content owners can enforce their legal rights.” Essentially this means that if someone takes your Instagram photo and posts it on their Instagram feed, the company can take action. If they use it offline (even to sell it for profit) it is the responsibility of the user to pursue legal action off the site. Many people, even if they become aware that their photo was used for an artist’s display, will find taking such action prohibitive, either financially or in terms of time and other factors.

Mr. Prince operates under the principle that his work is “transformative”, in other words, that he alters the photographs and content just enough so as to make it an “original” work as opposed to a simple instance of stealing. He has been in court in the past, for photographs of photographs in which he altered the work of other artists for the sake of his craft. While there is much precedent in copyright law for this situation, it becomes less defined when talking about the photos of anonymous, independent amateurs such as those unsuspecting Instagram users who became the focus of Prince’s new art form. Even if it is determined that Prince may technically be in the legal right, is using the photography and likeness of those who provide no such permission ethically wrong?

We have all been long told (and rightly so) to be wary of what we post online. We shouldn’t post anything we wouldn’t want family, a potential school or employer, or someone we respect to see. Now, it appears, we must also be cognizant of the fact that our images may be repurposed without us knowing it. Should this art show affect what we post online?

One might say that the very controversy surrounding this exhibit is a part of the art itself – the conversation that emerges from it. Other might say that it is taking advantage of a current loophole in the legal system that needs to be closed. What do you think of the idea of other people’s (or potentially your own) photos being shared for display and profit?