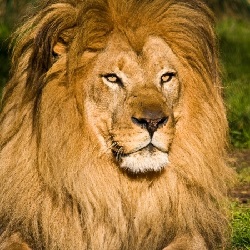 Brutal Treatment of Lion in Foreign Zoo? You Decide

A NOTE TO PARENTS: This article, and the very subject it deals in, is for a more mature audience. This is not meant to be shared with young children, and we encourage it for older teens only (14+). Even then, we encourage you to use discretion and familiarize yourself with the topic before deciding if you find it suitable for your children.

Some stories challenge us to weigh ethical concerns against practical gains. What wins out? Our morals or the advancement of knowledge? A recent article in the New York Times offers an opportunity to explore these very questions.

In October 2015, a Zoo in Odense, Denmark publicly dissected the corpse of a 9-month-old lion. The lion had been put down by the zoo in February. They had decided they could not accommodate her, and after trying in vain to find a new home, eventually decided to end her life.

The public dissection was performed in front of an audience that included children. The date was widely announced and actually chosen to coincide with a school break. It was, by all accounts, a graphic and uncompromising scientific procedure that may have offered a unique glimpse at animal anatomy, but spared none of the blood and imagery that comes with such a procedure.

The reactions from children were mixed according to zoo officials and others in attendance. Some were fascinated by the procedure while others “recoiled.” That day at the zoo there were no protests from the onlookers; some observed the dissection, while others quietly excused themselves.

Reactions from the wider community were not nearly as calm. Outrage about the event spread across social media.

Much of the controversy stemmed from the fact that although the animal was healthy, the zoo chose to put it to death. Some believe that there were alternatives that would have prevented the killing of the young lion.

The spectacle of the public dissection of the lion was the subject of the remaining outrage, with people vociferous about their opposition to the zoo’s performance of a public dissection and the encouragement of its attendance by children. It was not the first time such an event has occurred. A little over a year before, a zoo in Copenhagen, Denmark put down and dissected a healthy giraffe under similar circumstances. This idea of killing and dissecting animals, even under the guise of education, is seen by many as unethical and inhumane treatment of these creatures.

The main argument for those who performed and supported the procedure and the circumstances surrounding it is that it was an educational exercise. While gruesome, the opportunity to see a lion in a whole new way was viewed by many as a unique opportunity to expose children to biology and may have even generated a greater interest in science to some present.

Some experts agree with this notion. The European Association of Zoos and Aquaria, based in Amsterdam, argued that “moral outrage” over the dissection “would not serve to protect endangered species — and may even hinder educators and conservationists in their mission to do so.” Together with experts from the zoo these scientists have asked the public to look at the issue scientifically rather than emotionally.

Can morality and science be separated in this manner? Is this an issue of being honest with children about issues related to death and science, or a case of taking things too far? Is this sort of extreme and brutal approach to education more helpful, or more harmful to children? We encourage you and your family to decide for yourselves. Look at both sides of the story, and decide how you feel about it.