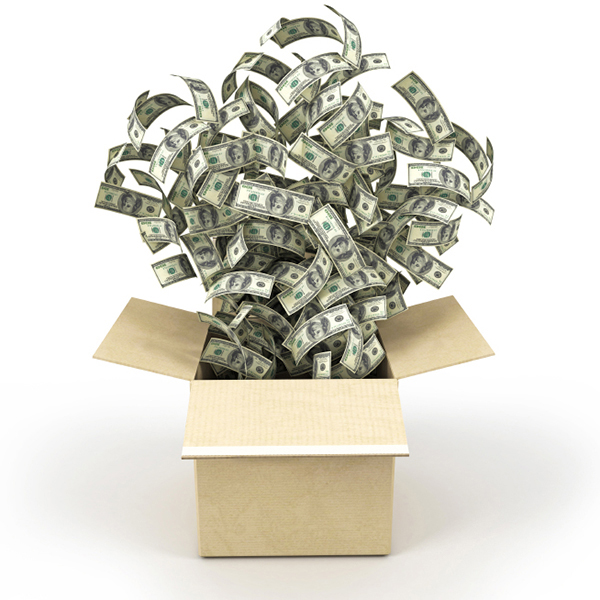 After Rabbi Noah Muroff and his wife Esther picked up the desk they’d purchased for $200 on Craigslist, they tried to move the piece into their home office. However, the desk wouldn’t fit through the door so they decided to take the desk apart and move the individual pieces into the room, where it could be reassembled.

When interviewed by a local television station Noah Muroff said, “Behind the drawers there is this plastic bag, like a shopping [bag]. In the bag, I could already see through the bag, it looks like a one hundred dollar bill. We open it up and it’s full of cash. And we counted [it] up and there’s $98,000 cash sitting in the bag.”

What would you have done?

It goes without saying that it could be very tempting to keep the money. Instead of keeping the $98,000 in found money, Noah Muroff and his wife Esther decided that the money should be returned.
Demonstrating honesty and integrity, Esther quickly called the woman who had sold the desk to Noah. The woman realized she had hidden her inheritance money many years before and then completely forgotten about it.

The seller of the Craigslist desk only gave her first name as Patty, choosing to remain anonymous. Patty wrote Noah Muroff and Esther a thank you note which, shown by CNN, included the statement, “I do not think there are too many people in this world that would have done what you did by calling me.”

Taking their four children with them when they met with Patty to return the $98,000, gave Noah and Esther an opportunity to teach that honesty and integrity do not fluctuate according to the situation.

We can then rest more assured in putting our trust and faith in people, knowing that there are people like Noah and Esther Muroff in the world.

Some questions to inspire thought and discussion include: