Home>article posts >The Debate Over U.S. Immigration and Power 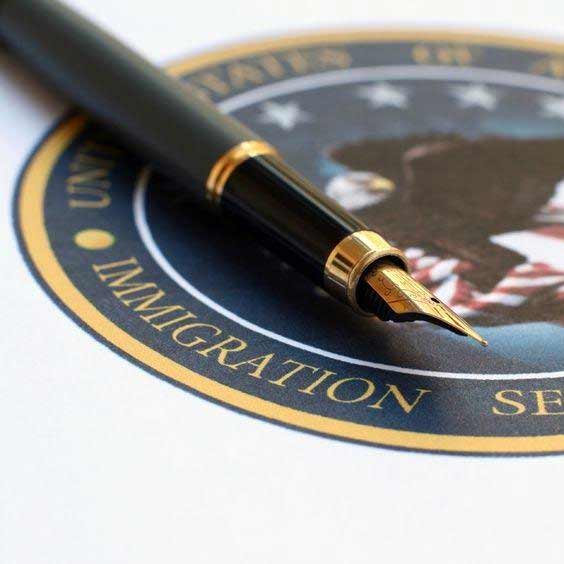 The Debate Over U.S. Immigration and Power

A recent article in the New York Times points to a possible major change in the United States policy towards immigration and challenges our notions of presidential power. The issue in question relates to whether or not President Obama will (or even can) take an executive action to allow groups of immigrants to remain in the United States, without support of a congressional act.

Obama has long stood by his protection of so-called “Dreamers,” defined as those who entered the country illegally as children and have already built lives for themselves. While he has previously protected this group from deportation, the decision he is currently debating would involve expanding that base to protect broader groups of immigrants (primarily the parents of children who are citizens and an expanded age range for the “Dreamers”) . Overall the proposed steps could affect as many as 5 million of America’s estimated 11.3 million undocumented immigrants. Taking such action without support of Congress has a dubious legal standing and Obama himself has gone back and forth on whether or not he is legally allowed to act in such a way, aside from the question of whether or not he should.

To paint a complete picture of the situation, one must understand that all recent attempts to pass immigration reform laws in Congress have been stalled. This has been seen in the wake of Republicans and Democrats divided against each other, as well as staunch divisions within the parties themselves. The role of the president as a member of the executive branch of government is to execute the laws passed by Congress. While the president may not make new laws of his own, many would argue that he has the power to use some level of discretion in deciding which laws to enforce, in what manner and to what degree.

With President Obama considering a unilateral action in assertion of his personal political beliefs, we believe it is important for parents to explain this issue to their children and discuss it. The U.S. Constitution is a fascinating document, in that it is open to a certain level of interpretation. While clear powers are designated, and checks and balances between the executive (presidential), legislative (Congress) and judicial (courts) branches were created, certain aspects of these are somewhat vague. This creates opportunities for debate and discussion on every level.

There are two important discussions contained within this story which are great for family conversation:

The first is immigration policy itself, and how strict or lax the process for becoming a citizen should be, and what groups should be allowed to apply. Should there be preference for people who entered illegally a long time ago as opposed to now? Different rules for children, or to avoid breaking up families?

Also consider this more recent article from the New York Times. It explains the frustration of start-up companies and investors, especially in the technology sector, in what they denote as the “kafkaesque” current standard of immigration laws. Read the article and follow the arguments for a change in policy that would directly affect the way businesses hire workers, and pay attention to the note about how many citizens and permanent residents they hire as opposed to foreigners. Does this change your view on current and proposed policies?

The second is presidential authority and whether or not President Obama has the right to take action on his own or not. Is it the right of the president to assert authority over an issue because he feel strongly about it? Is it different because of the nature of this issue, or the related circumstances in Congress?

As you consider both issues, here are some of the key arguments for each side:

In addition to these and other points, be sure to watch this video together of President Obama’s speech on immigration and executive action. It informs both sides of the argument and will help you have a richer conversation on the issue.

Immigration is a fundamental part of the American experience, an issue worthy of family discussion and an important opportunity to challenge children and teens to consider various opinions on this topic.

UPDATE: As of February 2015, a federal judge has stalled President Obama’s executive action. For more information, see this article.