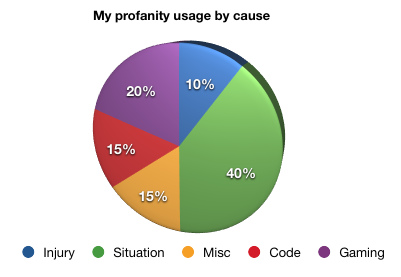 A conversation between a dad and his daughter….

Dad-why do you think that some musicians put foul language in their songs?

Going to the “Movies.” This theatre makes no attempt to obey the state law. Boys of any age can go in, afternoon or evening. 2:30 P.M. Location: Jersey City, New Jersey. Photograph by Lewis Wickes Hine, November 1912. From the National Child Labor Committee Collection at the Library of Congress (Photo credit: Wikipedia)

Daughter- music is about expression, and as much as I disagree with people’s use of foul language, I think that if musicians feel that foul language helps them to express how that feel, then maybe that is how they think they can best write their songs.

Dad- it is fine to express yourself, but doesn’t the musician need to take into account that young children might be listening to these songs?

Daughter- that is definitely a valid point that should be considered, but I don’t think that people should be banned from writing such songs because of this. Parents should help young children avoid listening to such songs, but nobody should be forbidden from expressing themselves through music. Remember, one of the important things is that America is a free country and freedom of speech/expression is vital. Besides, there are movies made with the same language, so what’s the difference?

Dad- movies have ratings so that parents know when to prevent young children from watching inappropriate movies.  Even with today’s technology, it’s still fairly easy for parents to block children’s access to inappropriate movies. But regular radio stations play music with foul language at any time of the day. I can be driving the kids around listening to a mainstream station, and all of a sudden inappropriate music can come on without me expecting it.

Daughter- I agree with everything you have said so far. I think that morally musicians should watch their language for many reasons. I am very against the use of foul language (it is so easy to speak well without it). However, because America is a free country and anyone can express themselves the way they want, then they are entitled use foul language. But I hope that if they choose to do so, they understand there are times and places where it is not appropriate and they are careful how and when they do it.