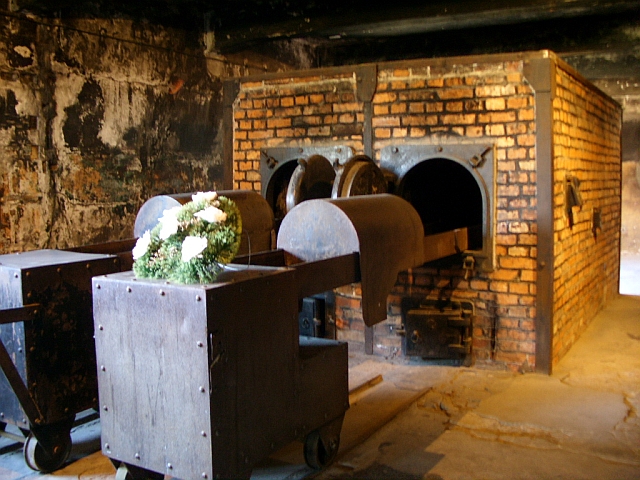 young girl. A Jewish family later hired the daughter not knowing that she was the daughter of Rudolf Hoess. Nevertheless, after the Jewish family found out who she was, they retained her as an employee, and continued their relationship with her, saying that it was the humanitarian thing to do.

Rudolf Hoess was a High Ranking Nazi Official During WWII

SS Lieutenant Colonel Rudolf Hoess was a Commander of the Auschwitz concentration camp from May, 1940 until November, 1943. At least 960,000 Jews were killed in Auschwitz. Other victims included approximately 74,000 Poles, 21,000 Roma (Gypsies), and 15,000 Soviet prisoners of war; and 10,000-15,000 members of other nationalities (Soviet civilians, Czechs, Yugoslavs, French, Germans, and Austrians).

In the 1960s, a Jewish couple who owned a salon decided to do what many at the time considered unthinkable when they found out one of their employees was the daughter of SS Nazi Rudolf Höess. His daughter, Bridgette, had moved to the United States in the early 1960s with her husband. Bridgette was having difficulty making a decent living, and had to take a job working at a boutique in Washington because she was barely able to write or speak English.

One of Bridgette’s customers was a Jewish lady who admired Bridgette’s style in fashion, and the customer offered her a job at her husband’s fashion salon. Shortly after Bridgette was hired she confessed to the woman the details of her family’s past in Germany. The horrors of Nazi Germany were still fresh in the minds of the couple, who had fled the war-torn country with their family shortly after the Kristallnacht attacks of 1938. Instead of hatred or revenge, the family decided that in their view, the humanitarian thing to do was to continue to employ her.

If the woman had fired Bridgette on the spot, it is very likely no one would have argued with her decision. It is safe to assume that if someone else had been in the same position they may have fired Bridgette; but the Jewish woman and her family took a different view and approach to Bridgette’s situation. The salon owners decided that since Bridgette was only a child during WWII, Bridgette held no accountability in regards to what had happened in her past.

After discussing Bridgette’s situation with their family, they decided they would allow her to keep her job. In fact not only did Bridgette continue to be employed by the couple for the next 30 years, but they also became friends. Even after Bridgette retired, they still tried to keep in touch.

Would You Do The Same Thing?

The couple stated that they kept Bridgette on because they felt it was the humane thing to do. They believed Bridgette herself was too young at the time to have known was going on, or to have committed any crimes herself.

What if you had been in this couple’s position? Imagine if you had to leave your home with your family, and flee to another country to avoid persecution and murder, realizing that you could easily have been one of the 6,000,000 Jews who had been murdered. You could have been one of over 1,000,000 Jews deported to Auschwitz, the majority of whom were killed, many under the command of Bridgette’s father. Imagine if you work hard and create your own business in another country, and then one day one of the family members of one of those persecutors needed a job from you. Would you act like this family who thought that it was the humanitarian thing to do to hire her, or would you tell them to find help elsewhere?