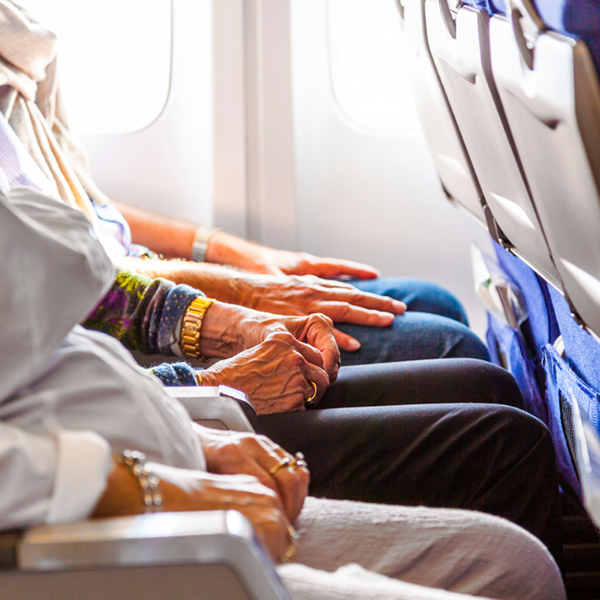 Those following the news lately may have seen the spate of articles, such as this one from CNN, about a product known as the “Knee Defender” and the controversy it has been causing on flights around the world lately. You may even have had a personal experience with someone using the product or have used one yourself. In any event it raises some interesting points for discussion.

First it is important to understand exactly what the “knee defender” is and does. The product, available for around $20, serves as a locking device that prevents the seat in front of the user from reclining, or reclining past a certain point set by the owner. The controversy surrounding it has grown as no less than three incidents have arisen in recent weeks involving vocal and even physical altercations among passengers that developed when the forward seated passenger has been unable to recline.

Planes have been rerouted, passengers ejected from flights and the resulting incidents have caused the others on the plane to be delayed while the airlines have had to pay for the diversions. Some airlines have banned the device, while sales of it have soared and users have lauded it as a valuable tool for protecting both bodies and valuables from damage by reclining seats.

The heart of the debate over use of the “knee defender” has been one of proprietorship: who “owns” the 4-6 inches of space in question? Is it the legroom of the aft seated passenger, or the reclining space of the forward seated passenger? Some even blame the airlines for “selling the same space” to both passengers and confusing the issue of who has the right to it.

One could also argue that the real issue at hand here isn’t proprietary rights, but rather propriety. In other words, isn’t this more an issue of human decency than of a need to define ownership of anything? The bans on the device have been a sweeping measure by airlines to avoid any incidents; the most famous of which resulted in a woman throwing a drink in the face of the man using “knee defender.” He didn’t allow her to recline at all, then he removed the device and she reclined all the way, and in the end he kicked her seat to once again claim all the room for himself. At no point did they share the space equitably.

One approach is to take the position that life is not about a series of “all or nothing” responses and that we all must learn to compromise, especially if we expect to get along with others. Drastic measures, like rerouted planes and corporate ultimatums might be able to be avoided if we work with one another as individuals before things get out of hand.

Another approach is to argue that everyone knows that the seats recline and that every person has the right to the reclining feature. Imagine someone in the forward seat has someone in front of them reclining, and so wants to create more room, but then finds themselves trapped by a passenger behind them using the “knee defender.” There are many different ways for this scenario to play out, and the point is for everyone to try to see the other others’ point of view.

Besides the issue of working with others, one great take away from this story is one of manners and acting reasonably. Kicking, screaming and throwing things at one another are unsuitable behavior for anyone. We have the gift of language and the gift of reason. It is our responsibility to use our words to solve problems rather than resort to violence of any kind.

What do you think about the “knee defender” controversy? Decide for yourselves whether it is a good or bad thing, and how these situations could have best been handled.