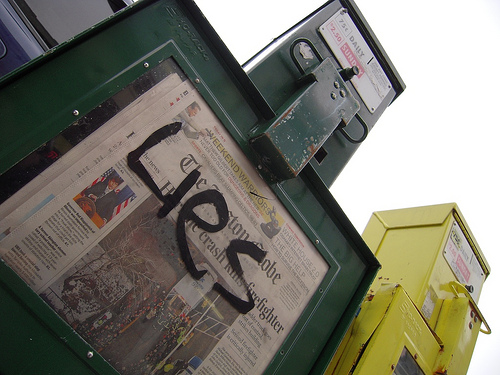 Lies can have many different shapes sizes and forms, but how does one differentiate between the truthand a lie? Here are some questions and answers that may help.

Between April and June 2009, Tagged sent tens of millions of misleading spam emails like the one above, which falsely states a contact sent photographs to the recipient. (Photo credit: Wikipedia)

Q- When you purposely leave out information from the truth, is that lying?
A – Yes. Lying by omission is when you exclude details in order to mislead someone from finding out the truth. You can lie without saying anything false just as easily as you can by speaking an actual lie.
Example: You spent an hour studying and the rest of the night watching TV. Your parents ask you what you did that night and you answer back that you studied. While it is true that you studied, you are not telling them a majority of what you did, and are therefore, lying by omission.

Q- If you were to just mislead someone, not straight out lies, is that a mistruth?
A – Absolutely. Misleading is still lying.
Example: Your mom tells you to talk to the new girl on the block. You say hi and leave. If you tell your mom that you talked to her, you are
misleading her. While you may have spoken to her, you know that that is not what your mom meant by “talk” so you are purposely misleading her to
think something that is not true.

Q- Is it ever ok to lie?
A – While lying is definitely wrong, there are certain exceptions when it is ok to lie. If you were to save somebody either emotionally or physically, then lying might be ok as long as you do not hurt anyone else.
Example: You eat at your friend’s house for dinner and she serves you meatballs that she made herself. You thought that they tasted awful but you don’t want to hurt her feelings. It would be ok to tell her that they were good because you want to spare her feelings and it would not hurt anyone else. It would probably be best not to go out of your way to say that you liked them, but if she asks what you think, than you can say they were good.

Any Thoughts on Lies?