Home>article posts >Mall Enforces Ban on Public Prayer: What Do You Think? 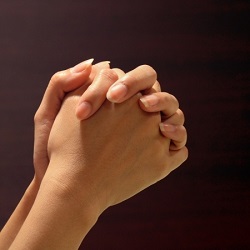 Mall Enforces Ban on Public Prayer: What Do You Think?

We live in a rich, diverse society filled with people of many different backgrounds. Many of us are fortunate enough to interact with other people on a regular, if not daily, basis who come from different cultural, religious, and economic backgrounds. This diversity is one of the things that makes our world so amazing, but at the same time, this diversity can lead to some of our most prevalent difficulties.

In order to provide an example of this idea, we share with you today a recent story about a mall enforcing a ban on public prayer. A woman’s power walking group in Georgia was out on their morning walk. The group includes women of a particular religion, who like to stop and pray before their outings, to show thanks and reflect on their beliefs.

According to one member of the group, they were approached by a security guard who said to them, ”You are not allowed to pray at the mall.” Eventually a manager at the facility confirmed to the women that any form of visible public prayer was not allowed at the mall, and that they would have to either pray quietly and discreetly, or move along.

To clarify the events in Georgia, the women were not asked to stop praying altogether. They were asked not to pray with bowed heads in an “obvious display.” Is there a difference between “showy” displays of prayer and religion as opposed to moments of quiet reflection? The women (and many who reacted to the story around the country) reported being outraged by the request to cease their public display of prayer. At the same time, the mall established the policy to prevent other mall patrons from being made uncomfortable by a public display of religion or spirituality. When the two sides of this argument have such opposite desires, how do we find a compromise?

Do you feel that it was right to prevent these women from praying in public? Is there perhaps a better way, or a compromise that could have allowed everyone to come out of the situation happy? How do we balance the views and needs of many different peoples, and still function as a society?

None of these questions have simple answers, but as a family you can work together to promote solutions. Talk about the need to respect the beliefs of others, while still holding true to your own. Balance and compromise are a major part of living in harmony with those around us, and children who will lead the world of tomorrow can start thinking about how they can address the needs of others, today.