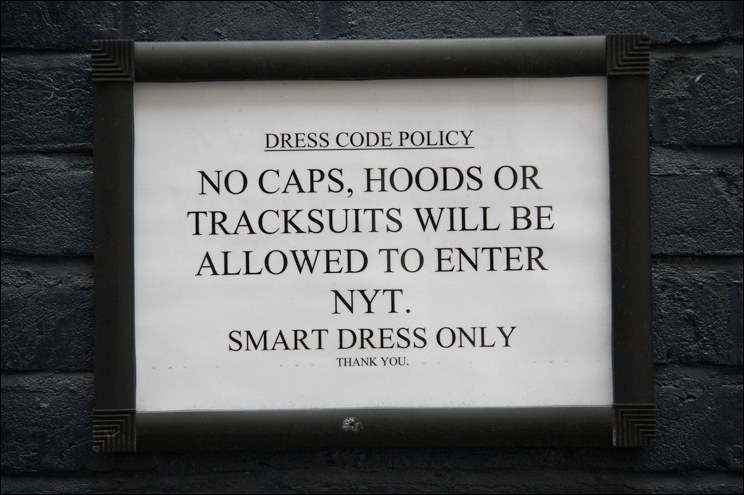 A popular retail store recently fired a woman who wore a head scarf due to her religious faith. The store claims they did not terminate the woman due to her religion, but rather that she violated the “dress code”

The woman was astonished she had been fired from her job from wearing her head scarf, because she had worn it during the interview and been on the job with her head scarf for four months with no problems.

One day one of the district managers visited the store and noticed the scarf. They got human-resources involved and fired the woman for wearing the scarf. Claiming it violated the store’s dress code.

The woman is suing the company and many advocates are calling it an act of discrimination. Apparently, other employees at the store regularly wear t-shirts with derogatory messages on them; yet they’ve never been fired for violating the dress code.

Where Does it End?

The woman worked at the store for months before one of the managers happened to visit, see the scarf, and took offense to the woman wearing it, claiming that her scarf violated the dress code.

In this case, the dress code does not seem to be very clearly defined – or enforced – by the store; instead it seems to be up the discretion of the opinion of individual managers.

In this case, the woman not only felt discriminated against because of her religion and ethnicity, she also was left confused because the dress code was too unclear and ambiguous.

How Would you Handle the Situation?

No one likes to feel they have been discriminated against, or treated differently from their peers. No one ever stated that the woman was a bad worker. She was obviously doing her job well enough to have stayed with the company for four months prior to her being fired. So what was the real reason? Ultimately it will be up to the courts to decide, but it teaches us the importance of treating others fairly. It also teaches us to be tolerant of others who had beliefs that are different from ours. If you saw someone being treated unfairly like this: what would you do?

§  Do you think the woman was treated unfairly for being fired over wearing a head scarf?

§  What would you do if you witnessed someone being treated unfairly?

§  What are some ways in which you and your community can become more culturally minded to avoid these type of situations?