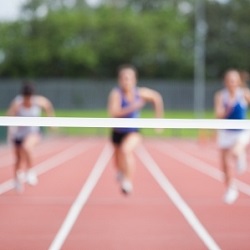 The Power of Perseverance: One Boston Marathon Survivor’s Story

The Boston Marathon bombing of April 15, 2013 was a terrible tragedy that rocked the United States. Five people lost their lives and two hundred and eighty were left injured, many seriously. The bombing tore families apart and left Boston (and the rest of our country) in a state of shock.

At the same time, as often happens in the wake of such tragedies, what followed after the bombing was very powerful. The city of Boston stood proud, with the entirety of the United States and the world rallied around its citizens. There were great acts of strength and charity, and a powerful sense of purpose that overwhelmed the feelings of sadness and negativity with hope and a positive message.

We recently came across an amazing story worth sharing with you today. It is the story of Roseann Sdoia, a woman who lost her right leg above the knee as a result of the Boston Marathon bombing.

Much like the City of Boston itself, Roseann possesses an indomitable spirit and refuses to let the events of April 2013 stop her from moving forward. Following the tragedy, she took time to rest, recuperate, and rehabilitate herself. During the aftermath, she was put in touch with Jothy Rosenberg, a fellow amputee and founder of the Who Says I Can’t Foundation (WSIC). This nonprofit helps address both the physical and psychological impacts of those with disabilities, with a focus on building self esteem by enabling them to once again become active.

WSIC’s motto is to focus on “not just survivorship, but THRIVErship.” They go beyond restoring basic function (for example, the ability to walk) and provide prosthetics and support to enable disabled persons to actively engage in the sport of their choice. WSIC provided Roseann with the prosthetic she needed, as well as a running partner and support network to help her get back to racing.

In April of 2014, to mark the one year anniversary of the events that caused the loss of her leg, Roseann began training for a 5k race in nearby Lowell, Massachusetts. In November of 2014 Roseann was able to accomplish her goal. She completed the 5k in around 90 minutes. When asked if she was able to run like she used to, Roseann said “It was more of a shuffle. I’m exhausted – it’s achy, but I’m happy I did it!”

Roseann’s tenacity and dedication in returning to the sport she loves despite the loss of her leg provides a powerful lesson. We applaud her for pushing through to meet her goal and believe that everyone can learn from her example. We also applaud WSIC for their message of support, and for helping people to achieve their goals.

To further your discussion of rising up from terrible events, we recommend “‘Peace Ring’ In Oslo Brings Hope and a Powerful Lesson” and “From a Tragedy Springs Incredible Strength and an Important Mission.”

This article is dedicated to those affected by the Boston Marathon bombing, both the victims and their families, as well as the brave men and women who helped the City of Boston rebuild in its aftermath.