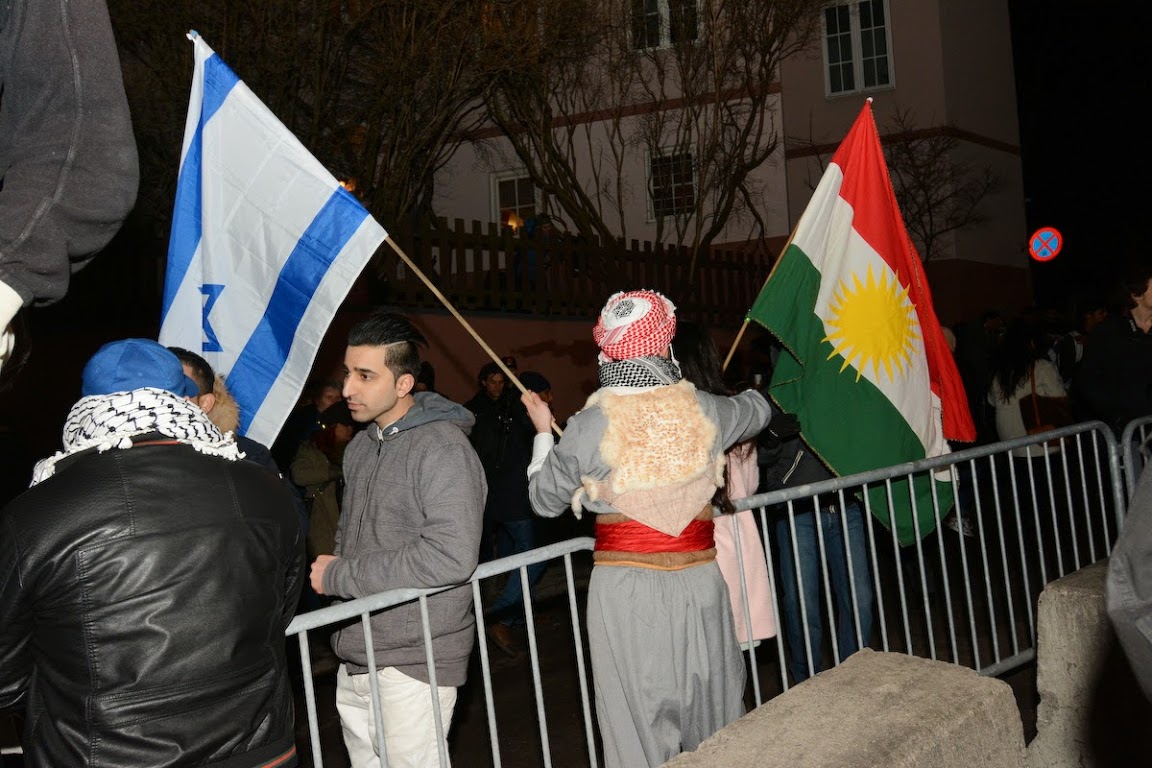 “Peace Ring” In Oslo Brings Hope and a Powerful Lesson

When we first read about this story in the press, we were very impressed and really happy to read it. We drafted an article about it so that parents and teens could discuss this very special event. Just before we posted our article, we did some last minute research to see if there were facts missing from our article. We came across several articles that said that the story we had read was fabricated and/or exaggerated. We were disappointed to read those articles.

However, as we always tell our teens, one can never blindly rely on what you read on the internet. So we decided to reach out to a contact in the Jewish community in Oslo to get to the bottom of the story – to find out whether this story was true or not. We spoke with Michael Gritzman, who identifies himself as a “member of the Board of The Jewish Community” and “the person who kept contact with the young Muslim organizers of this event”. We are happy to report that according to Mr. Gritzman, the story is true. He said that the event was “absolutely amazing” and “very special”. He said it is true that of the large crowd that was there, he could not identify how many were Muslim or Christian (or anything else), but that is besides the point. The point is, according to Mr. Gritzman, that these young Muslims organized the event, and the event did occur.

Mr. Gritzman was dismayed to have heard from us and others that there were people who were trying to discredit the story. He told us that he, and the leadership of the Jewish community in Oslo, are proud to have played their part in this important event. Based on our conversation with Mr. Gritzman, we are posting this article and have written it with the information provided by Mr. Gritzman. We agree with him that whether or not there was a huge crowd of Muslims (as some stories originally reported), or a smaller number, and what the exact breakdown was between Muslims and others, is not what is important. What is important is that these young Muslims attempted to do something symbolically important for the Jewish community in Oslo, and they should be recognized for it. We firmly believe that this is an important story that parents should absolutely discuss with their children. 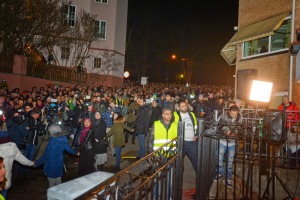 Here is the Story:

In a truly inspiring move to “extinguish the prejudices people have against Jews and against Muslims” in Europe, a group of young Norwegian Muslims surrounded a synagogue in Oslo on a Saturday night in late February. This “peace ring” aimed to promote unity and solidarity following a series of anti-semitic attacks in Europe.

Originally, when the young organizers first approached the synagogue, they wanted to do the event on a Saturday, the Jewish Sabbath. The synagogue could not allow this out of respect for the sacredness of the day, so it was agreed that the event would take place immediately after the Sabbath ended. According to Mr. Gritzman, the whole street was filled with people.

A very large crowd of people (Muslims and non-Muslims alike) showed up to support the event, coordinated on Facebook by 17 year old Muslim Hajrad Arshad. The peaceful measure was organized as part of an online group known as Urett Avsløres, or “Injustice Revealed.” According to the event page, the effort was meant to show tolerance of all, regardless of religion, and that Islam is “about rising above hate and never sinking to the same level as the haters.” Mr. Gritzman (who interacted with the participants) expressed great respect for the sincerity of their cause. He detected no political agenda, but rather an honest desire to make a human connection, that led to an amazing evening by all counts.

Mr. Gritzman put himself in the shoes of the young Muslim organizers, and pointed out that they were young adults, and must have been very nervous about organizing this event, as well as reaching out to the Jewish community, one that is foreign to them. The participants stepped out of their comfort zone because they feel that their community is being slandered, due of the terrible events that Muslims are being associated with, because of the acts of Muslim extremists. The demonstrators said that they wanted to show another side of Islam. The Jewish community very much appreciated what these young adults did, and stated that is was special to see the two communities stretching out their hands to one another. 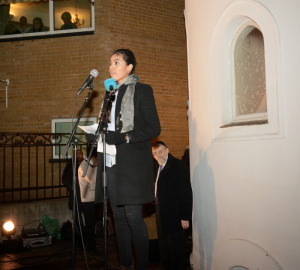 The “peace ring” was prompted by a string of attacks in Europe, including a series of events in Paris during the month of January, and a February attack on a free-speech debate at a synagogue in Copenhagen. Many are concerned at the apparent rise in anti-semitism and fear this terrible trend may become pervasive. The group of young people also wanted to dispel notions that Muslims and Jews hate each other, and expressed the idea that radical individuals should not dictate the views of either group as a whole.

According to press reports, Ervin Kohn, the leader of the Jewish community in Oslo (who we did not have an opportunity to speak with) welcomed the demonstration and believed it was a powerful message to those in his community and beyond. Kohn was quoted in the press as saying that, “it is unique that Muslims stand to this degree against antisemitism, and that fills us with hope,” expressing enthusiasm for the support and interest of the young people. Norway’s Jewish community only numbers around 1,000 people, while its Muslim population constitutes about 200,000 individuals. By contrast, the total population of Norway is around 5.2 million.

According to at least one newspaper, The Independent, one of the other Muslim organizers, Ali Chishti, believed in a Jewish conspiracy on 9/11 as recently as 2009. He now calls those claims “outrageous” and refers to his worldview during and since that time as “on a journey.” It just goes to show that even when there are feelings of hate, they may give way to understanding and peace. Through Ali Chisti’s involvement in the peaceful demonstration was controversial for some, it also speaks to transformation and growth. Ali Chishti and his involvement, as well as the retraction of his earlier statements, shows that we all have the potential to change for the better, and should not be condemned for past actions if they are repudiated, and as long as we continue to grow.

This story is particularly powerful because of the age of the organizers, and the idea that it is a reaction to an attack on another cultural and religious group, as opposed to their own. It is easy to band together when those we associate with on a daily basis are in the crosshairs, but it is all the more important that these young Muslims recognized the plight of the local Jewish community and offered to help. The young group who organized the demonstration is hoping to try to spur similar events at several other synagogues in Europe. We hope they do, and wish them the best. 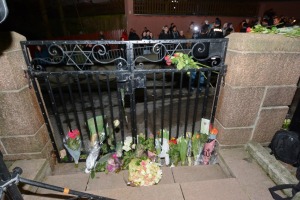 The fact that some individuals tried to discredit the story is unsettling. We acknowledge that we were not in Oslo to witness the event, but Mr. Michael Gritzman, our source, was there and stated he was shocked that people with their own agenda tried to discredit the events and twist the facts. Some tried to squash the power of the story, by saying there were only 20 Muslims present, but according to Mr. Gritzman that was absolutely untrue. While  he could not tell us how many Muslims were present, he said it was a good sized group of young Muslims, and that the overall size of the crowd was even larger.

No matter how moving and pure a message may be, there will always be those who hold their own beliefs so dear that they will try to force their own views and agenda on others. It teaches us to check our facts and not blindly believe what we hear, and more importantly, that (hopefully) the facts will win out in the end.

These young people have shown us that when any one of us is the victim of hate or intolerance, it is a problem for all of us. By uniting and defying lines of race, religion, culture or sex, we show bigots that they have no power over us; and that we stand as one.