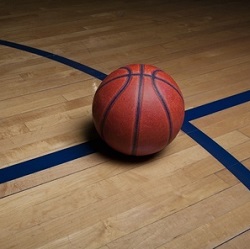 Bullying is a hot topic of discussion in parenting and education circles, with new forms and instances of this type of “put down” behavior emerging all the time. The phenomenon of bullying can be hard to tackle at times, especially when people shy away from talking about it with children because it can be an uncomfortable subject. In order to facilitate a meaningful discussion about bullying, we have a great story (and video) to share with you today.

Lincoln Middle School in Kenosha, Wisconsin is known for a great basketball program, as well as a special cheerleader. Desiree Andrews, affectionately known as “D” has Down syndrome, a chromosomal disorder that affects some of her mental and motor capacities. While D is a regular sight at school sporting events, her condition affects her ability to follow the choreography of the other cheerleaders. She loves the cheer team and is filled with school spirit, which for D, manifests itself in the form of improvised dance moves and her own unique brand of cheer.

While the better members of the audience applaud D for her moves, her tendency to stray from the pack made her a target for bullies at a recent game. The rude students apparently heckled D during a cheer routine, something that was not lost on the members of the basketball team. One player in particular took advantage of a time out to approach the group and inform them that they needed to stop bothering his friend, and to show that he meant business, he had the rest of the team stand behind him to gently indicate to the bullies that no one would tolerate their behavior.

That evening of bullying and standing up for D has led to an enduring friendship between Desiree and the entire basketball team. The coach reports that now players will often be seen around the hallways walking D to her class, and the team has opted to include her in the inteam introduction at the start of their games. On top of all that, the school has decided to name the gym “D’s House” – an enduring legacy to a wonderful young woman, and the unity she has brought to her community.

While dealing with bullying can sometimes feel like an overwhelming task, these athletes and their friend Desiree show that sometimes the best antidote for bullying is overwhelming love. Showing bullies that they don’t have power over us is about standing together, and trying to stop hate wherever we can.

This story is dedicated to Desiree, as well as the players on the basketball team who stood up for her. We don’t know all of their names but from the video we know three: Scooter Terrien, Chase Vasquez, and Miles Rodriguez.

For more thoughts about bullying and to further your discussion, we encourage you to read “Will You ‘Speak Up’ Against Bullying?” and “Inspire Anti Bullying.”