Home>article posts >A Lost Camera: The Power of Using Facebook for Good Deeds 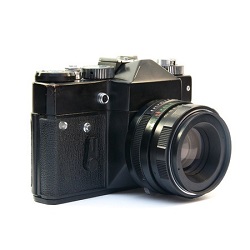 A Lost Camera: The Power of Using Facebook for Good Deeds

Technology is a tool that we can choose to use for a variety of purposes. The internet can be a minefield of cyberbullying, a great way to waste time, or a powerful ally in our service endeavors. Today, we share a story about making the most of social media to better the lives around us.

Jeff Leb is an ordinary man who saw extraordinary potential in technology to assist him in his desire to do good. On one August day, Leb was riding the train to his job at the Peninsula Public Library in Lawrence, New York. He noticed a camera on the ground and picked it up. The device had no identifying information, other than the photos on the memory card. He first tried calling the lost and found division of the Metropolitan Transit Authority, but met a dead end.

While many would have given up, Leb took it upon himself to try to find the camera’s owner. A quick glance at the photos on the camera revealed shots that he recognized as being from Superbowl XLVIII, a game he had attended with his own son. Ironically, Leb’s son had lost his iPod at the game, and had it returned – a good deed Leb wanted to return in kind.

Leb took to Facebook, armed with a couple of the photos from the camera. He posted the following message to his friends and followers: “DO YOU KNOW THESE PEOPLE ??? Let’s See How Well Facebook Works… I found a camera with a bunch of photos on it. If Anyone knows who either of these people are, please contact me so I can return it to them. Thanks.”

Thanks to the trickle down effect of Facebook, Leb’s status was shared by a friend, to another friend, who happened to recognize the woman in one of the pictures as an executive in the office she worked. Contact information was shared an in less than 3 hours from the time of posting, Leb was able to locate the rightful owner of the camera and arrange to return it to her.

Leb explained that, above all else, he hoped the story would serve as a positive example for his children. Good manners, virtuous behavior, and quality of character can be difficult traits to explain, much less instill in our children. Stories and examples like this one, where a little effort can make a big difference in the life of another person, help us to accomplish these aims.

Simple acts of kindness can go a long way to spreading good throughout the world. Facebook, and other technology can assist us in reaching new heights in performing good deeds. Discuss this story and its message with your family, then brainstorm other ways in which you can use the technology in your lives to do good in the world. Maybe the next time you log on, instead of just browsing posts and pictures, you can find a way to make a difference in someone else’s day.