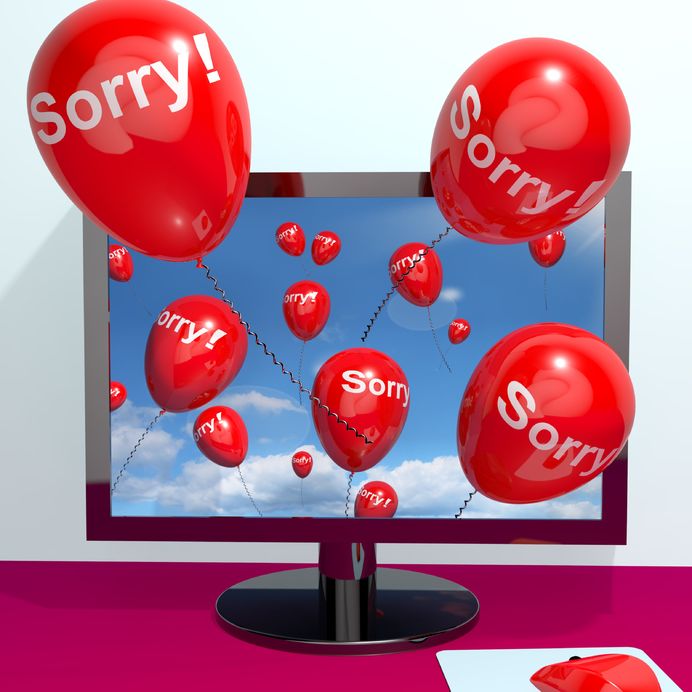 One Mother Uses Facebook to Apologize for Her Kids

Social media has introduced new ways to interact with other people, and opened up an entire world of online communities previously unimagined. For many parents, it can represent a complicated and somewhat mystifying presence in our lives. Concerns about how to best protect our children while using platforms such as Facebook and other social media sites are quite real and represent a component of modern parenting with growing importance.

At the same time, many parents are discovering that social media can open them up to new tools and opportunities. Social media can connect us with other parents and open up new sources of information. It can also provide a platform to share in our children’s successes, and in some cases, help us find new ways to promote their growth. Today we take a look at one truly unique use by a particular mother in Alabama.

Kyesha Smith Wood, of Birmingham recently dropped off her teenage son, daughter, and step-daughter at the movies. Upon returning home, she was upset to learn from her son that the two girls had been “rude and obnoxious” during the movie. Apparently the girls’ behavior was bad enough that a woman approached them after the movie had ended.

The woman who approached the teens about their behavior had a heartbreaking story. She shared that her husband had been laid off from work, and that this was the last time they would be able to afford to take their children to the movies for some time. The rude behavior of the teenage girls had ruined the experience for them.

Wood, deeply upset by the way her children had acted during the movie, took to Facebook to pen a heartfelt apology, hoping to connect with the woman who had approached her daughters. In it, she explains that this was not the way her children were raised to act, that she would be asking them to write their own letters of apology, and even offered to have the girls pay for another movie night for the family they had disrespected out of their own allowance. The entire post read as follows:

This is a long shot, but I’m looking for a woman that was at Tannehill Premier tonight seeing Cinderella at 7pm. I…

After a local sheriff read the post, moved by its contents, he shared it on the local police department Facebook page. There it received over 245,000 likes, expressions of support for the mother’s actions, and eventually found its way to the mother who had approached the girls.Rebecca Boyd, the mother who had confronted the teens, says she was touched by the post, and even went so far as to say that it “brought me to tears and shows there [are] still good people in the world.” Boyd went on to explain that she does not believe the girls to be bad people, but that they are children and they made a mistake. The desire on the part of Wood, to be accountable for her daughters’ actions and to go out of her way to teach a lesson and make right on the offense, struck a chord with Boyd and many other parents.

Our children make mistakes (just like parents make mistakes), and good parenting is not about raising perfect children. Indeed, there is no such thing as a perfect child, parent, or person. The best lesson we can teach our children is that when a mistake is made, we must do everything in our power to make it right, and to consider the feelings of others.

The innovative use of social media in this situation shows how we can make use of new technology to aid our parenting. Wood could have merely punished her teens quietly, or brushed of the incident entirely; Instead, by going out of her way to track down the other mother, Wood demonstrated a commitment to doing the right thing to her children. She also offered all of us a valuable lesson in how to set good examples for our children.