Home>article posts >The Ethics of a Planetary Land Grab 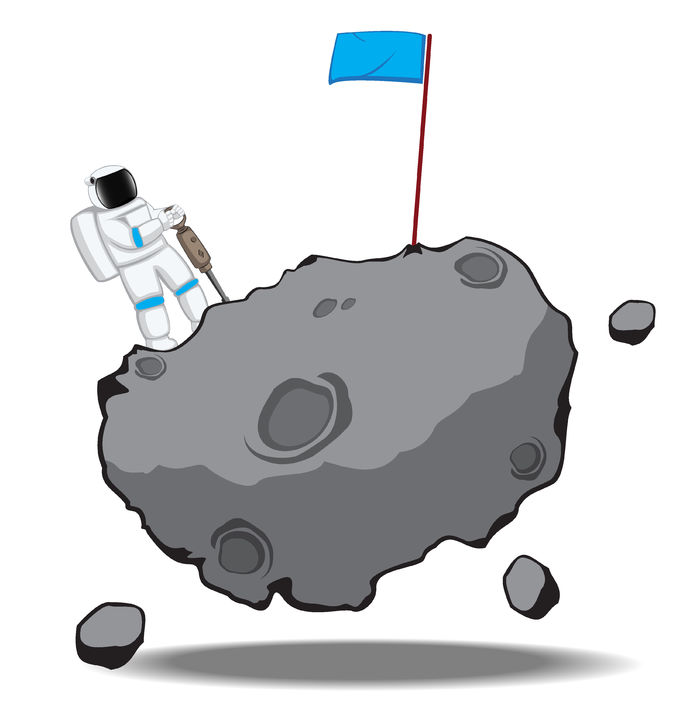 The Ethics of a Planetary Land Grab

Our continuing exploration of ethics in the digital age has mainly centered on the technology we use everyday, and new developments here on Earth. However, as exploration and development beyond our own planet becomes increasingly possible, can we transfer our ethics and morality to space?

A recent article asks many fascinating questions about the human push out of our own atmosphere. As civilizations expanded and explored our planet, the “claiming” of a new territory was often as simple as planting a flag and declaring a given land “the property of” the person or country who arrived there. In many cases, this led to displaced native peoples, disputes between competing powers, and other difficulties in establishing property rights to a new land. Over the years this resulted in oppression, war, and other horrible circumstances that have taken years to sort out, with many disputes still ongoing.

Now, as human beings look to go into space to mine asteroids for minerals, establish colonies on Mars or the moon, and other activities that involve some concept of property rights – can we do better with the dividing of other planets and asteroids than we did with the Earth?

When current legal codes were written, no one could conceive that anything short of the government of an international superpower could make its way to space. Now, with space travel by private corporations becoming increasingly possible, notions such as mining asteroids for minerals become increasingly complicated.

1967 Outer Space Treaty established that “nations cannot claim sovereign territory in space, and that they are responsible for any space activities by their nationals.” After that, an attempt to further expound upon “space law” in the 1970’s tried to ban private property in space and sovereign claims on celestial bodies, but this approach was not recognized by any space-faring nations. Since then, nothing had been done to further the codification of interstellar law.

Now that is finally changing, as the US House of Representatives recently passed a commercial space bill that delays regulation of space tourism until at least 2025, provides liability protection for space launches, and establishes a permitting processes for private space travel.

The bill also take two major steps to establish some semblance of property rights in space. First, it allows private companies and individuals to claim ownership over any resource they are able to obtain. Second, it prohibits these individuals and companies from interfering with each other’s activities in space. What the bill does not do is establish a method to resolve competing claims from representatives of different nations. In other words, what happens when two companies, or countries, arrive at the same asteroid at the same time and both declare it theirs to mine for resources?

For a long time, the technology and cost of space travel prohibited exploration by most people and countries. There was little need for any regulation because there was simply so little activity outside our planet. Now, as space travel begins to expand, has the time come to address these concerns? Do you feel formal regulation is required, or that the problem will continue to sort itself out? Are there lessons to be learned from the colonization of our own planet that can inform our actions in space? Compare what you know about the history of the world to the future of space, and discuss what you think the correct approach should be.