Home>article posts >Beggar Becomes a Millionaire, But Doesn’t Forget Where He Came From 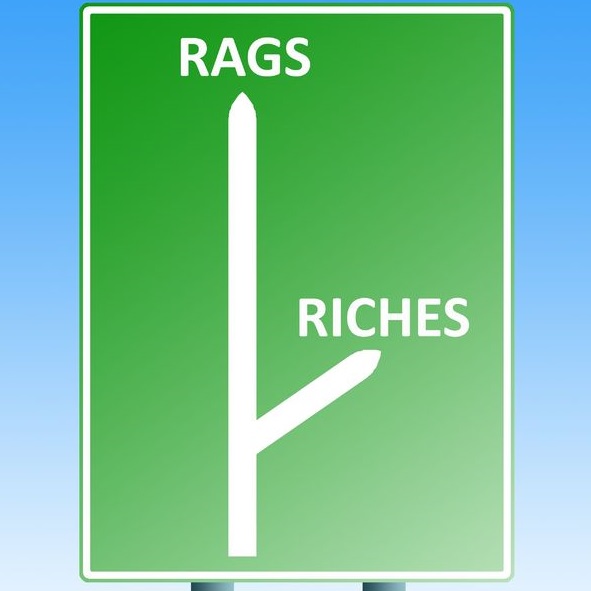 Beggar Becomes a Millionaire, But Doesn’t Forget Where He Came From

They say it is always darkest before the dawn. For China’s He Rongfeng this could not be more true. When we tell our children and teens that anything is possible, and that no adversity cannot be overcome, turn to his story for inspiration and strength.

In 1993, when He Rongfeng was 17 years old, the young man and two of his friends left their small village to look for work. Their families were struggling to get by, and they hoped to find opportunity in Zhejiang Province’s Taizhou City. Unfortunately, they left one set of tough circumstances for another and did not immediately find work. The were forced to resort to begging, and wondered how they would go about making the money their families so sorely needed.

During this period of great difficulty, one woman named Dai Xingfen stopped to give the young men more than just spare change. She fed them at her noodle shop and gave them a place to sleep in the small apartment she and her husband lived in. While the young men got some much needed rest, Dai went even further to help.

She called her friends who worked in factories to see if there were any openings. When this failed, she did not give up. The persistent Dai gave the boys train fare to go to the Huangyan District, in the hopes that there would be more opportunities for work there.

Besides her persistence in helping He and his friends, Dai left them with words of wisdom that would stick close for He: “wealth is not as important as integrity”.

He did fare better in Huangyan, finding work at a furniture factory. He developed his skills while saving money, until he was able to start his own company. Today, he is chairman of one of the leading manufacturers of furniture and paint in Liaoning Province. The former beggar is now an entrepreneur and millionaire. His literal “rags to riches” story shows that anything is possible.

More importantly however, is what He Rongfeng did after making his fortune, and how he expressed his gratitude to Dai. More valuable to him  than his wealth, is the honesty and integrity with which he has carried himself throughout his career, attributes he says he owes to the parting words of Dai Xingfen.

At the end of 2014, He Rongfeng  returned to Taizhou City to find Dai and repay the kindness she had shown him. It was simple to orchestrate the reunion, as Dai was still operating the same noodle shop she had more than 20 years prior. After an emotional reunion, He attempted to give her the equivalent of $80,000 to repair her home and business, as a show of thanks.

Dai refused the money. She said that she had no selfish motive in helping him as a young man, and that she had merely done what she thought was just. She didn’t feel it appropriate to gain financially from doing the right thing, and so she politely refused the money. Insistent he needed to do something, He eventually suggested a compromise. A large plaque was made, on it, Chinese characters that roughly translate to “Gratitude as Heavy as a Mountain.”

The story is heartwarming and exemplary on many levels. The generosity of Dai and the gratitude of He are both moving and powerful. Similarly, the notion that a good deed is its own reward should provide a basis for how we all act towards one another. Share this story as a family and note what you can all learn from both parties, as well as the heartfelt reminder that there is so much good in the world, and we should all do our part to contribute more of it.