Home>article posts >Against the Odds: One Young Man’s Passion and Perseverance Inspires Us 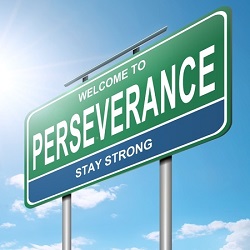 Against the Odds: One Young Man’s Passion and Perseverance Inspires Us

Not giving up in the face of adversity is one of the most valuable lessons we can learn in life. Perseverance and hard work are essential tools for success, yet learning them can remain elusive. For every parent who has ever wanted to instil a hard work ethic and positive attitude in their children, we share with you today a powerful example we all can learn from.

Brandon Lyons has always been the picture of success and a promising young man. Enrolled in a prestigious university, he landed his first internship with a company that he would eventually call home. He spent time in college learning the ropes, gaining experience with client engagements, and building the future every young person wants for themselves, and every parent wants for their children. He was “beginning to spread his wings.”

At the end of the summer between his junior and senior years, he was flown to Florida for the annual International Intern Leadership Conference. There he received his first job offer, and was able to enter senior year with the comfort of knowing that his career was underway. According to Brandon, “I was excited. My whole family was excited.”

After college Brandon started his job and was living the life of a promising 20 something, enjoying work, family, friends, and the trappings of success. For Memorial Day weekend of 2014, he and some friends decided to spend time on a beach in Maryland, near an area Brandon had come to know on a client engagement. He thought it would be just another weekend, but unfortunately disaster struck.

Brandon dove off a pier into shallow water, shattering his T5 and T6 vertebrae. He recalls knowing as soon as he hit the water that something had happened. He also recalls the feeling in the immediate aftermath of the event that his life would never be the same. He was right.

Doctors informed Brandon that he was paralyzed from the waist down and that he had a less than 1% chance of ever regaining feeling in his lower body. “When I first heard the doctor say it was less than 1%, I immediately thought: it wasn’t zero,” explained Brandon, ever the optimist. “So I’m just holding on to that 1%, that I could be that 1% to actually overcome this.”

Brandon immediately launched into months of intensive physical therapy, striving for two goals in particular. First was his optimistic stance that if he worked hard enough he could be part of that less than 1%. Second was his goal to re-establish some degree of normalcy and independence in his life. Brandon did not see himself as a victim, or lose himself to regret, he simply focused on the next thing he could do to make things better for himself. He was willing to work hard and saw the entire situation as challenge rather than a punishment.

Very shortly he was back at work at Ernst and Young, with his office and their accommodations team eager to find ways to allow him to get around any encumbrances and offered the support Brandon needed to be his best. He started getting involved in wheelchair athletics and is considering becoming a participant in the paralympics. He refuses to let his accident squash his love for sport and athletic pursuits. He has competed in two hand cycle marathons, mono skiing, sled hockey, and is in a wheelchair basketball league.

There is a powerful video we encourage you to watch with your children and share about. It shares more details of the story, as well as offers a chance to experience Brandon’s infectious optimism. To hear him speak about what happened is to understand humility and hard work in a new way.

Today Brandon enjoys a happy life, in which he works around his limitations and still enjoys all the things he loves. Indeed his life is not the same as it once was, but it is not worse. He still holds out hope that with time he may regain some of the physical functions he has lost, but has also found joy in speaking publicly about his recovery, and finding opportunities for service related to his inspiring tale. He credits his success to “two key elements: the support of family, friends and co-workers, and an unrelenting will to keep moving forward.”

Rather than quitting when things got tough, Brandon has taken the help offered him and run with it. He shows that hard work and a positive attitude can help us accomplish anything we set our eyes on. Share his story and discuss the value of positivity and perseverance as a family. Let his story be one we all seek to emulate.

This article is dedicated to Brandon, his family, and his friends and colleagues at Ernst and Young who helped support him through this difficult and challenging time. We also salute Ernst and Young for their commitment to diversity and inclusiveness. In the video, take note of two posters that bear important messages: “What Legacy Will You Create?”  and “Wanted: Builders of a Better Working World.”