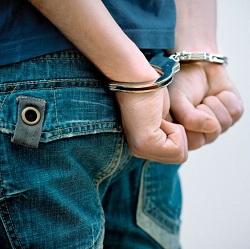 Karen Freedman is an NYU School of Law graduate and trustee, the executive director of Lawyers For Children (LFC), and a powerful example of the sort of role model all children should be exposed to. While many look to star athletes and comic book heroes for inspiration, Freedman is an all-star and a superhero in her own right – one fighting everyday for freedom, justice, and better treatment of others.

Born to parents who instilled in her the importance of service to others, Freedman’s mother helmed the Municipal Art Society, a private organization dedicated to preservation of landmarks and New York City’s building landscape, and her father founded the WNYC Foundation to increase private funding for public radio. Karen Freedman attended the Ethical Culture Fieldston School, an educational institution with an emphasis on social justice and ethical growth, a school whose mission statement includes a desire to help students “to change their environment to greater conformity with moral ideals.”

An in-depth profile for NYU Law’s magazine shares many powerful stories of Freedman’s tireless efforts. One story recounts how she forced the city to reevaluate the handcuffing of non-violent juvenile offenders in court. In the end, she didn’t even change the law, she merely pointed out what was already on the books to those who had become so accustomed to doing things the wrong way that they had forgotten (or chosen to forget) what was right. “Simple” may be the wrong word to describe the process, as Freedman wrote letters, recruited allies, and rallied the system behind what she knew to be right in order to provide a higher level of dignity and care for children and teens too young to stand up for themselves.

Freedman has also affected a sea change in the way New York City handles teens who age out of the foster care system. While these individuals are provided for by the city until the age of 18, once they are no longer minors, the system historically cast them aside to fend for themselves with few prospects for education, job placement, or even a place to live. It was through Freedman’s team of lawyers and social workers that someone was able to make a connection between the 25% of all New York City homeless individuals who had once been in the foster care system, and to put names and faces to the movement to provide better aftercare and support for those transitioning from difficult childhoods into the adult world.

Freedman has made a career of handling difficult cases, misunderstood clients, and some of the biggest social issues facing the City of New York. She has sought to help not only her clients, but to address the root causes of their problems to protect others like them. She has never shied away from a fight, no matter how difficult, to give a voice to the voiceless and affect change for those who need it most.

We encourage you to read the entire profile with your family and learn from it and the work Ms. Freedman does. Karen Freedman represents the kind of real-life hero whose story should be known by all, and is the kind of example our children should hear about and aspire to emulate.

For more great role models and examples to share with children, we encourage you to read “Dr. Mark Levie brings experience (and family) to Rwanda” and “Life Lessons from a ‘Short Order’ Cook.”