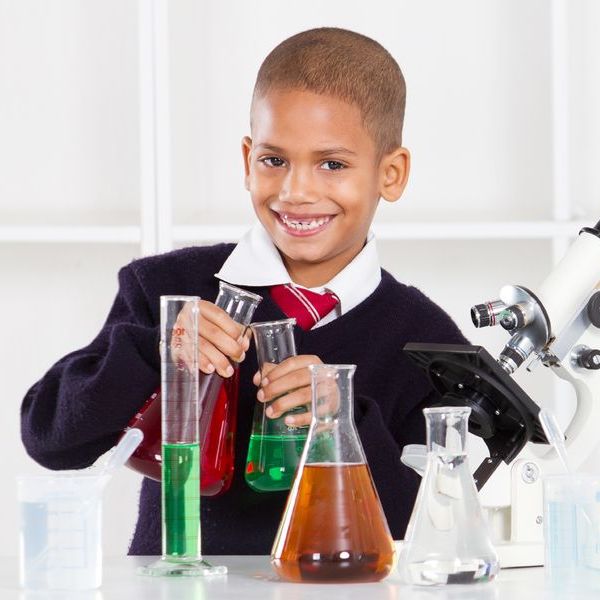 The results are in for the 2014 Google Science Fair and they are impressive. This annual competition, started in 2011, recruits the top scientific minds from around the world who happen to be between the ages of 13 and 18. Under the heading “It’s Your Turn to Change the World,” the tech giant challenges teens to use science and technology to make life better.

The global online science competition was started by Google out of a belief that “universal access to technology and information can truly make the world a better place.” By transcending borders, they provide children from all over the world with an opportunity to showcase their ideas on a highly visible stage. The teenage contestants are broken down into three age groups (13-14, 15-16, 17-18) and from each of these 5 semi-finalists are chosen and flown to a live competition at the company’s headquarters in California. One winner is chosen per age group, with an overall winner chosen from those three.

The prizes include scholarships, grants for winners’ schools, mentorships and exciting once in a lifetime experiences like a trip to visit Darwin’s research facility in the Galapagos. While these prizes are impressive, they pale in comparison with the enthusiasm, curiosity and investigative fortitude of the children involved. All the contestants set a powerful example for other teens, and show the scientific community just what the future holds.

A quick look at this year’s winners reveals just how admirable the achievements are:

The winners for the 15-16 age group, as well as the overall competition, were three girls from Ireland named Ciara Judge, Émer Hickey and Sophie Healy-Thow. Their project sought to tackle the pervasive and troubling problem of world hunger in a natural and innovative way. They found that by employing a bacteria named Diazotroph, which occurs naturally in certain soils, the germination process of some crops could be sped up, increasing yields for many grains by speeding their growth by up to 50%.

The science is striking on its own and could easily make a huge difference in developing nations, as well as aid the economic situation of farmers in developed countries. What makes the story all the more impressive is that the 16 year old trio were inspired by stories of starvation and malnutrition in the horn of Africa. Despite these problems being a world away from their comfortable existence, they wanted to contribute to the solution and may just revolutionize the way we feed the world.

A  Robot for Disaster Assistance Inspired By Fruit Flies

8th grader Mihir Garmimella won the top prize for the youngest age group, with a project inspired by eating a banana. While trying to swat small flies away from his snack, the young man had a thought. This inspired him to adapt existing quadrotor technology with adaptive sensors that would enable the small robot helicopters to actively “see” obstacles and avoid them. This way, tiny flying robots could evade falling objects and other danger, much like the quickly evasive fruit fly.

This project could hold a lead role in search and rescue missions, as well as other types of disaster relief. Equipped with efficient and “instinctive” means to actively avoid danger, these tiny robots could enter areas not safe for humans to locate survivors and map out potential trouble zones in order to assist rescue teams.

The final category winner was 17 year old Haley Todesco, with a project that tackles the worldwide issue of pollution. Specifically, she addresses toxic material left behind by the extraction of heavy oil known as bitumen. The potential environmental disaster related to this substance could have a long term impact on all sorts of living things, including humans. Her design cleans up the process using filters that utilize sand and bacteria to efficiently cleanse the byproduct of this extraction.

This final project demonstrates that through proper experimentation, there are simple solutions to environmental problems. Moreover, it demonstrates a powerful commitment to cleaning up the globe by the next generation.

We at InspireConversation are blown away by all these young people, as well as the other contestants who may not have won, but who showed incredible dedication and intellectual prowess. They inspire all of us to pursue our goals and try our best both in and out of the classroom.

There will be another Google Science Fair in 2015 for all of our scientifically inclined teenage readers. Those of you whose interests fall in other disciplines should be aware that there are similar opportunities for extracurricular exploration in various fields. Ask a teacher, do some research and stay tuned as we will share other stories of young people achieving great things whenever we come across them.