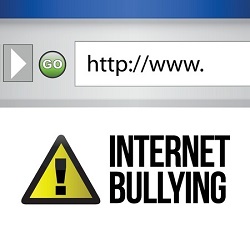 As a part of our continuing exploration of ethics in the digital age, we take a look at one of the tech world’s most troubling developments: cyberbullying. While putting others down is nothing new, the anonymity, or at least distance, afforded by online interactions has led to new forms of old behavior. Some people choose to put others down to build themselves up, or for any number of other reasons, and others may actually hurt or harm others without even knowing it, according to a recent article.

According to Pew Research’s Internet Project, “65 percent of young adults 18 to 29 in the United States said that they had been harassed online, and 92 percent had witnessed someone else being bullied.” While bullying still exists in the real world as well, these statistics represent a surge in online harassment that far outpaces anything seen on the playground or around the classroom.

This is where Arturo Bejar comes in. Mr. Bejar has the all-important (and increasingly difficult) job of teaching the 1.3 billion people who use Facebook how to treat one another with more respect online, as the company’s director of engineering for the Facebook Protect and Care team. Mr. Bejar, along with a team of 80 employees working under him, seek to educate the public about the harm that words can carry online, and works to try and establish guidelines for social media behavior.

Mr. Bejar believes that the root of the problem lies in the nature of online communication. As human beings, we are wired to observe and collect social cues in person. The look in another person’s eyes, the tone of their voice, their body language, and other factors all provide us with information about how another person feels when we speak with them in person. Even when speaking on the phone we at least have tone of voice and the sound of another person to help cue us in as to how they feel. Communication online (or via text or email) removes all of these indicators, and can lead to both miscommunication, and a sense of disconnect between the people communicating.

The solution, according to Mr. Bejar, is to develop the concept of empathy among Facebook users in order to put an end to cyberbullying and online harassment. He believes the key is to cause users to stop and think twice about others before posting something online. How will someone else feel when they read it? Do you have context that the reader might not have access to? Will another user be able to tell you are joking, or know enough about you to understand where a comment is coming from? According to Mr. Bejar, stopping to think about how a message might be read, and not just how we actually mean it, can help prevent a lot of misunderstandings and hurt feelings.

Part of the concept of “jokes lost in digital translation.” also involves those who feel they have been victimized by harassment speaking up and reporting offensive content. In cases where the poster did not mean to hurt or cause harm, but merely didn’t explain their post sufficiently, a small increase in communication can go a long way to changing behavior. Facebook has created tools to report offensive content, and the data they collect helps direct educational programs that aim to increase empathy and educate users about the consequences of their actions.

Take a chance to read this article as a family, and share instances in which you have been party to, or witnessed bullying, online or off. Discuss the concept of empathy online, and thinking about a post (including how it might possibly be interpreted by others) before putting anything up online. Pausing before acting and increasing communication are our best tools to stop the spread of cyberbullying, and create a safer and more productive online future for ourselves and our families.

For more about great work being done at Facebook, see our recent article “WOW!! Mark Zuckerberg and Dr. Priscilla Chan’s Amazing Messages for Us and Our Children.” To further your discussion of cyberbullying and the consequences of actions online, we recommend our post “One Bad Tweet: The Power of Social Media to Change a Life.”