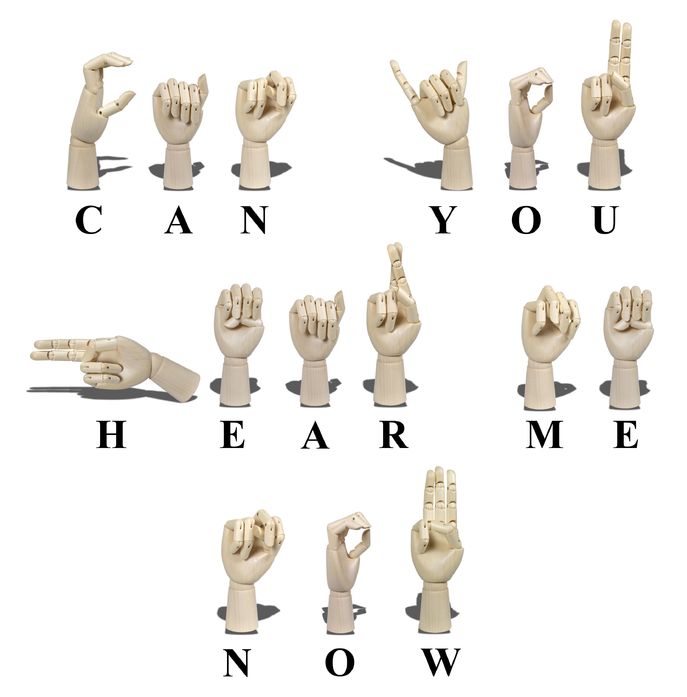 While some viral videos may be silly or accomplish little but occupying a few minutes of our day, others can expose us to touching moments and powerful messages of hope. The phenomenon of viral video has its benefits, and no matter how or why a video takes off, the message remains.

Muharrem is a hearing impaired young man, residing with family in the Bağcılar neighborhood of Istanbul, Turkey. One recent day, when leaving his home with his sister to run some errands, a mundane task became anything but. The young man was surprised to find that seemingly everyone he encountered on his path, from passersby to shopkeepers, were all communicating with him in sign language.

Because sometimes images speak louder than words, we encourage you to watch this video with your children:

It turns out many people in Muharrem’s neighborhood spent a month learning sign language, in order to communicate with Muharrem in a way that would make him feel more comfortable. The event was sponsored by Samsung, as part of a marketing campaign called “Hearing Hands.” The campaign seeks to promote a new call center in Turkey for hearing-impaired individuals. While it may seem easy to write the event off as a marketing stunt knowing this, the lasting impact of this day on Muharrem, and the sentiment remain untainted by the initial motivation.

We applaud this effort and believe it speaks a lot to the idea that it is important to help people feel included. While many choose to brush off others they see as different, we can better ourselves by looking to meet others halfway, and find our common ground rather than focus on what divides us. By learning about other cultures, races, religions, or persons with disabilities, we not only help them feel a “part of,” but we expand our own world and grow as people.

Watch this video as a family and discuss ways in which you can reach out to other people and help them feel included. It could be someone with an impairment, or simply the new kid in your school. There are chances to reach out all around us. Find yours, and take it!