Home>article posts >The Morality of Hotels Fining for Bad Reviews 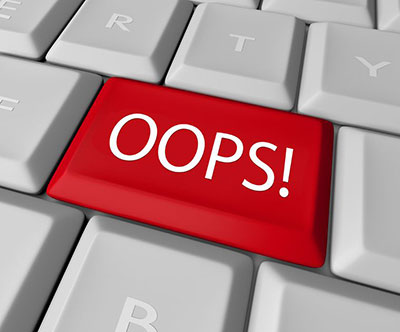 The Morality of Hotels Fining for Bad Reviews

A recent article has brought to our attention an alarming new practice, fraught with the sort of murky “can they really do that?” question which makes for lively discussion. Apparently certain hotels have implemented practices to help insulate them from bad press by punishing travellers who post disparaging reviews online.

The article cites examples with fines ranging as high as $3,500 for not removing negative reviews within a 72-hour window. The leverage and justification used lies in the fine print of agreements guests must sign to be allowed rooms at a hotel. These contract clauses, known as “non-disparagement” agreements, somewhat common in contracts across the corporate world, but highly  unusual in the case of a guest’s stay at a hotel.

Essentially a hotel can tuck such a clause into its rental agreement, and more or less entitle itself to fine a guest for leaving a bad review. Most guests don’t bother with reading the fine print (just let this article tell you), whether a guest knows about the policy or not, if they stay in a hotel with such an arrangement, the guest places themself in a position of not being allowed to stay at a hotel without agreeing to the non disparagement clause. It seems hotels with this type of policy are trying to block free speech regarding their services.

California is one state which has cited this practice as wrong and barred non disparagement clauses in similar instances. There is a movement for a national standard, but passing such a law will take time and is not a given.

On the one hand, guests do agree to enter a contract with a business, and any violation of such an agreement should be considered wrong. On the other hand, do hotels (or other businesses for that matter) have the right to even ask such a thing of their guests? How would you propose ensuring that a fair and honest system for hotel reviews be implemented in a way that maintains the rights of both businesses and consumers?

To further your discussion, we also recommend this article from The Guardian which takes a look at “TripAdvisor” and their relationship with the travel industry as the host of a large portion of the Internet’s reviews of accommodations and facilities. It takes a look at the history of online travel reviews, developments in the area of non-disparagement clauses and one other important area: bribes.

Regardless of your opinion on whether or not hotels or other businesses should be allowed to penalize consumers for bad reviews, should they be able to solicit positive ones with discounts or other incentives? How does an economic influence, positive or negative, affect the transparency and in turn, efficacy, of online reviewing?

You can further enhance this discussion of online reviews and neutrality with our past article, which takes a look at The Ethicist’s view on a similar matter entitled “Stay True to Your Online Review?” You may also find an interesting take on the idea of contracts between companies and consumers, and how seriously they should be taken, in “You can Unlock More on Netflix, But Should You?