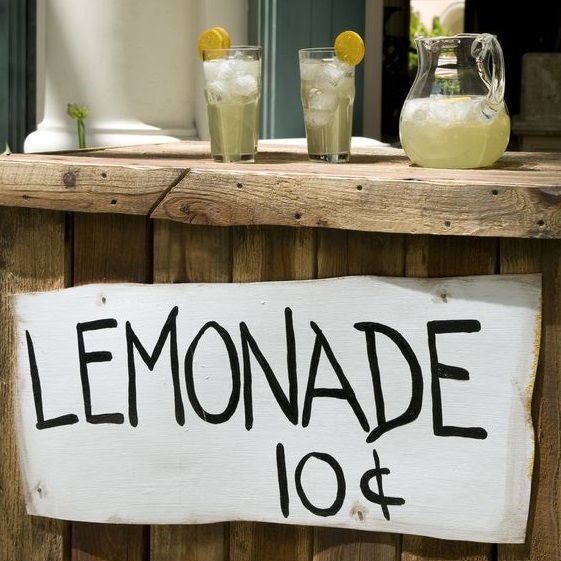 Vivienne Harr isn’t like most 10 year olds – sure she goes to school, plays with friends and likes a good chapter book. However, unlike most her age, Vivienne Harr is on her second business and a rising star as both an entrepreneur and a philanthropist.

Harr started her career at the tender age of 8. The beginnings were fairly innocuous, with the tried and true grade school approach of opening a lemonade stand. What set Harr’s stand apart from others were a few key differences. First, Harr decided that she wouldn’t keep a penny of the profit for herself. Instead, she wanted to donate all the proceeds to end child slavery.

Vivienne set a goal for herself, and in 173 days she reached it – raising $101,000 in revenue. More importantly however, she developed a taste for helping others and the business savvy to back it up.

Vivienne’s father left his job to help her pursue her dreams full time. “Make a Stand Lemonade” is now available nationwide, with 5% of all proceeds going to a foundation founded by the company. However, it is Vivienne’s latest venture that helps people to help themselves.

StandApp, launched officially in October of 2014, is a crowdfunding platform for mobile devices, with a specific focus on charitable causes.  Think of it like KickStarter for non-profits. For now, users can only launch campaigns to help provide funding for twenty five pre-selected nonprofits, including Doctors Without Borders and WildAid. More groups are planned to be added over time.

Part of the beauty of this story is in the pure selflessness of the girl at the center of it. With a passion for helping others, young Vivienne Harr decided it was more important to use her efforts for charity than herself. There was a media blitz around her lemonade business, and opportunities to connect with tech and business giants (among them Twitter founders Jack Dorsey and Biz Stone) which she took full advantage of – not for herself but for a worthy cause. Some would see developing such major business connections as an opportunity to set themselves up for life, but Vivienne and her parents saw the potential to utilize these connections to develop StandApp. She was privileged enough to ring the opening bell at the New York Stock Exchange for Twitter’s IPO

Vivienne’s story is also inspiring because it reminds us that we are never too young to be of service to other people. When we focus on what we can give to the world, rather than just what we can take, the sky is truly the limit. There is nothing to hold us back, and nothing to say it is too early to start on our dreams.

To further your discussion of extraordinary young people and their charitable work and achievements, you might also enjoy “Small Change Equals Big Change” and “Child Scientists Change the World.”