Home>article posts >Some Big Help for a Long Walk 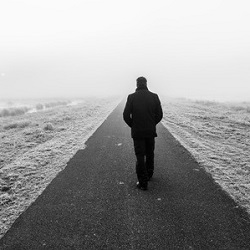 Some Big Help for a Long Walk

Stories of charity and contribution to the community always touch us because they inspire us all to be better. The act of doing something good for another person improves the lives of all involved. Stories of charity can also expose us to some remarkable people. When we look beyond our own communities to see what the world has to offer, and how we can help, all of our lives are enriched.

Not long ago, a Detroit man named James Robertson became a viral phenomenon when news of his long commute caught the public ear. Many people like to complain about tough commutes, and the minutes or hours they spend every day getting to and from work. For some this is a real concern, and for others merely a passing complaint and point of conversation. For Mr. Robertson it was a very real issue.

Mr. Robertson’ daily commute to his Detroit job totaled a round trip of 46 miles, about 21 miles of which was completed on foot. His job at the Schain Mold & Engineering factory has poor accessibility by public transportation. The best Mr. Robertson can muster is to leave his home at 8 AM every morning for a shift that starts at 2 PM. He takes a bus at that early hour which takes him seven miles out of the way to work, and he covers the rest of that distance on foot. His return home at night is even worse. He finishes work at 10 PM and once again walks the 7 miles to the bus, but the bus options are fewer at that hour, and he must get dropped off a full 5 miles from his home and once again walk the distance. He usually gets home at 4 AM, ready to try to sleep for 3-4 hours before beginning again.

At one point Mr. Robertson had a car, but it died nearly 10 years ago. The money he earns from his job has not been enough to save for a new car and insurance, which is why he has to walk to get to and from work. Mr. Robertson loves his job and his home, and isn’t eager to change either. Despite his grueling commute, he hasn’t missed a day of work in his career. At the same time, he is getting older and was worried how much longer he could keep up this herculean feat.

Luckily for Mr. Robertson, the Detroit Free Press decided to publish his story on February 3, 2015. Evan Leedy, a student at Wayne State University was so impressed that he took it upon himself to set up a crowdfunding page for Mr. Robertson, with the goal of helping him raise money for a car and insurance. The goal was to raise $5,000, but within two days pledges had topped over $200,000!

Mr. Robertson had a chance to meet Evan and thank him for his support. Robertson says that he has been overwhelmed by the outpouring of kindness and says that he has no intention of moving or quitting his job, though he should no longer have any trouble buying that car. There is also a great video sharing their story.

This touching story shows that hard work can get rewarded. It also shows the powerful charitable acts of a stranger. Evan should be applauded for using his skills to help someone he had never met in such an impactful way. When we work hard and do our best for others, everyone comes out a winner.

Share about this story with your family and friends. It has a great message and hopefully by making sure the story has been told, we can inspire other kind acts like this one in the future.