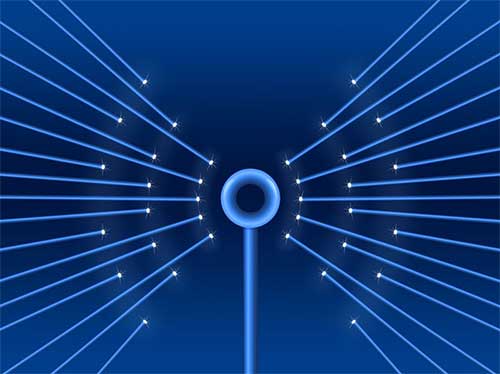 The age of “Internet everywhere” creates a host of new concerns, from free speech to privacy, corporate rights versus personal rights – and that’s just the beginning.

The framers of The Constitution couldn’t foresee these unique, modern concerns, and so it is up to a new generation to define what is right and what is wrong.

It is for this reason we find this continuing discussion of digital ethics so fascinating – today’s children and teens will define a new area of law and morality which will carry our society into the future. Take the time to discuss these opportunities as a family now. Look at this issue and see how matters of ethics and integrity play out in the digital arena. How we as families choose to shape these rules today will have a dramatic impact on the type of society our children live in.

Today we discuss a fascinating subject regarding the “right to WiFi” as questioned by recent practices in the hotel industry. The situation is as follows:

Hotel giant Marriott International was issued a $600,000 fine back in August of 2014 for using signal-jamming technology to block the use of personal Wifi hotspots (like those in many cellphones). This was done only in conference rooms and meeting areas, not in guest rooms or public lobbies, however the “where” is far less important than the “what” and the “why.” Marriott had petitioned the Federal Communications Commission for the right to use such technology “whether through clarifying some existing FCC policies or by creating a new rule entirely that would address the situation.” The fine was levied because they went ahead with the action before hearing back.

The blocking of personal hotspots essentially forced visitors using the conference and meeting areas to purchase WiFi access from the hotel, which is an expensive proposition. Marriott argues that the action was taken to protect guests from potential hacking and rogue signals over WiFi networks it couldn’t monitor; opponents say it amounts to a hostile sales technique.

To better flesh out both sides of the argument, we’ve consolidated some of the major points for and against:

As you can see there are a number of arguments both for and against allowing hotels to block outside WiFi sources within their facilities. Which points do you agree with? Do you think there is a middle ground?

While it may be one of the points of the Marriott argument, the question regarding college campuses is worth discussing as well. Do students have a right to free and untethered access to all of the Internet, at as high a volume of data exchange as they choose? Or is it right to enforce some regulations, limiting individual freedoms for the greater good?

To read more about the Marriott issue, we recommend this article for further details. To continue the digital ethics discussion, please refer back to our other recent articles on the matter including: “You Can Unlock More on Netflix, But Should You?” and “The Ethics of Proxy Servers,” as well as “The Morality of Hotels Fining for Bad Reviews” and “Should Search Engines Like Bing Pay You To Use Them?”