Home>article posts >Cooking Gives the Gift of a New Life 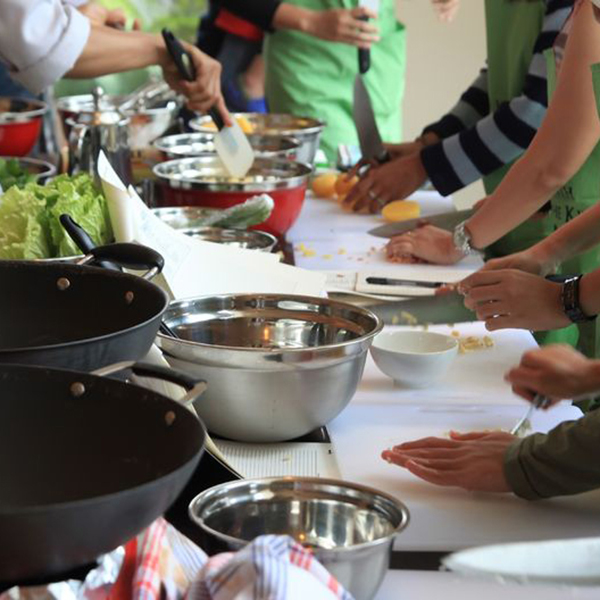 Cooking Gives the Gift of a New Life

Today we would like to share a story that joins two concepts we love to talk about: giving back through charitable work and the inspiring stories of those who rise up against the odds.

Both are evident in the powerful tale of highly regarded chef Darryl Dela Cruz, who took on the task of launching a cooking school in an impoverished part of Paterson, New Jersey, catering to those in need of a second chance. The opening of a cooking school is an arduous task for anyone, even under the best of conditions. This one presents its own unique challenges, but also holds its own special rewards.

Dela Cruz is a highly respected chef and educator, formerly of Le Cordon Bleu in Seattle. He has been honored with prestigious awards for his teaching abilities, and has had pupils go on to receive job offers from some of the most notable and exclusive restaurants in the country. He has spent most of his teaching career working with people from fairly privileged backgrounds at institutions commanding high tuitions.

He is described as a man with a great passion for cooking, for teaching and for working with others. He landed his new job with his heart, rather than his credentials or French technique. Perhaps it was the fact that he “lets his actions speak for him, he tends to stay in the background,” which propelled him into his new position.

Culinary Program Cooking Up Ways to Give Back

That position is with the newly established culinary program at Eva’s Village in Paterson, New Jersey. Eva’s Village is a “non-profit social-service agency that offers three shelters for the homeless, a bustling soup kitchen and drug treatment programs that serve about 300.” It spans 4 city blocks and serves as a lifeline to struggling community members from intake on through job placement.

The goal of the culinary program is to provide practical and adaptable skills that can hopefully lead its students to a steady paycheck and a greater sense of self worth. Starting from the very beginning, he teaches everything from basic knife skills and cooking techniques to complex dishes and advanced confections.

Dela Cruz employs tremendous compassion in his desire to work with those who have had difficult lives and who are in dire need of support. His work is about teaching not just work related skills, but providing opportunities for emotional growth and the strength to persevere. His credentials and resume could have easily landed him his choice of job, and he could have remained in the safe bubble of working with, and catering to, the elite. He chose to dedicate his time and talents to the less fortunate where he could make a greater difference.

The value of this program is further evidenced by a follow up article published during the time of the school’s second class of students. It provides a more detailed glimpse into the program the students engage in, and the effect it has on their lives. The article also points out that the first class of chefs resulted in many success stories and individuals now holding professional kitchen jobs.

It would seem that chef Darryl Dela Cruz’s actions, and those of the staff at Eva’s Village, continue to speak for them, louder than any words can. Take the time to discuss both sides of this story as a family, the charity of an accomplished man and the hard work of some people looking to make good. After learning what you can, take a cue from Dela Cruz and take action yourself. There is so much good work to be done.

Our best wishes to Chef Dela Cruz for his continued success and community involvement, and to the rest of the hard-working staff at Eva’s Village!

For another powerful article of a chef who inspires us, read our recent piece about Eitan Bernath and watch the accompanying video. It seems there are a lot of great things being accomplished in the kitchen!