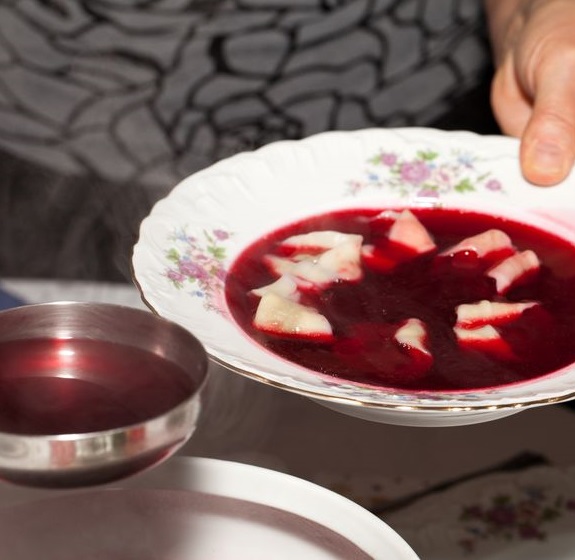 Giving and being of service to others is not something to be saved for “special” or “the right” times. We want to share a recent story that has truly demonstrated this important message.

Fethullah Üzümcüoğlu and Esra Polat are a Turkish couple who recently exchanged marital vows near the border town of Kilis. Much of the wedding scene was exactly what one would expect. The bride wore a white dress, with a tiara adorning her traditional headwear. The groom wore a white tuxedo with satin lapels. They looked like a traditional bride and groom, but the couple chose to break with more traditional practices from that point on.

Rather than host a large gathering of their friends and family, the couple decided that their wedding budget would be better utilized to help the refugees in crisis from neighboring Syria. The couple stood, in full wedding adornment, behind a bread line that doled out food to over 4,000 people in need.

As a result of the violent civil war in Syria, many Syrians are suffering, leaving nearly 2 million people displaced and without infrastructure to lean on. The groom’s father volunteers with local relief organization Kimse Yok Mu (KYM). Each day, this group feeds thousands of Syrians who have fled over the Turkish border, and it was originally the groom’s father’s idea to forgo the wedding feast in order to be of service to the struggling refugees.

In Turkey there is a rich culture of hospitality, with the sharing of food and a desire to be a good host occupying an important place in Turkish society. This newlywed couple raised the ante on this culture of hospitality to a new level, as the first act of their lives together was hosting thousands of people in need.

As much as every couple wants to have a fantastic wedding, and celebrate their union with family and friends, this bride and groom recognized that the resources that they were going to put into their wedding perhaps could be put to better use as a result of the circumstances they found themselves in. Instead of a fancy wedding feast, they chose to share with those around them who lack basic needs, and to bring about some joy in the world that extends beyond their immediate circle.

We applaud this couple for their efforts, and thank them for their powerful example. Charity is something that should be woven into the fabric of our lives, and acted upon whenever we have a chance. This couple saw that even on a day that was supposed to be special to them, that they could share that special feeling with others, in a most meaningful way.