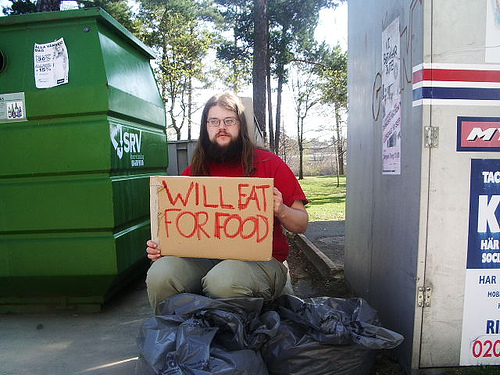 Feeding the Hungry is One Inspiring and Compassionate Teen’s Mission

Feeding the hungry has been a passion for Nate Noss since he was 10 years old, and this is a task that the teen takes very seriously. Nate started the St. Louis Food Rescue and has helped to acquire many thousands of pounds of food for the people in the city, making him a true inspiration to others.

The compassion and initiative that Nate has shown when it comes to helping the less fortunate and feeding the hungry is an example of what teens are capable of with the right upbringing and motivation.

5,000 pounds of food are delivered to local food pantries in St. Louis, Missouri, because of the efforts that Nate Noss has put into his charitable organization. Feeding the hungry has become the teen’s mission in life and over the years he has become more dedicated than ever.

When Nate Noss was just 10 years old he started to volunteer at a local Jewish food pantry in order to help with feeding the hungry. For years the teen spent 100 hours or more each summer as a volunteer, but when he turned 15 years old things changed. The food pantry where Noss volunteered and helped with feeding the hungry was placed under a new manager, who decided that bread donations from local businesses would no longer be accepted by the organization.

The new rule concerning bread donations had a big impact on feeding the hungry, and Nate Noss was bothered by the bread and baked goods that were being thrown away while people were going hungry during one of the worst financial crisis in US history.  Feeding the hungry was taking a back seat to bureaucratic red tape, and to Nate this seemed very wrong.

How Nate Helped Feeding The Hungry

Instead of trying to change things and help with feeding the hungry at the local food pantry organization Nate took matters into his own hands. The positive thoughts of the teen led to action. Nate discussed his dilemma with his parents and asked for their help. The teen visited local bakeries and grocery stores and asked for help feeding the hungry. First Whole Foods and then Costco agreed to donate to the effort and things started to take off.

Feeding the Hungry On A Larger Scale

Initially Nate’s efforts at feeding the hungry were small, but the motivational stories that the teen heard kept him going, and made him determined to step it up even further.New Life Evangelistic Center was one of his first partners, and the teen was shocked by the number of adults and children who were going hungry. Noss looked for ways to motivate others, and he started his own non profit organization, St. Louis Food Rescue, in order to help with feeding the hungry on a larger scale. Thanks to his inspirational efforts the organization has helped provide over 25,000 pounds of food for feeding the hungry.

We welcome your comments and want to hear your answers to the questions listed below.