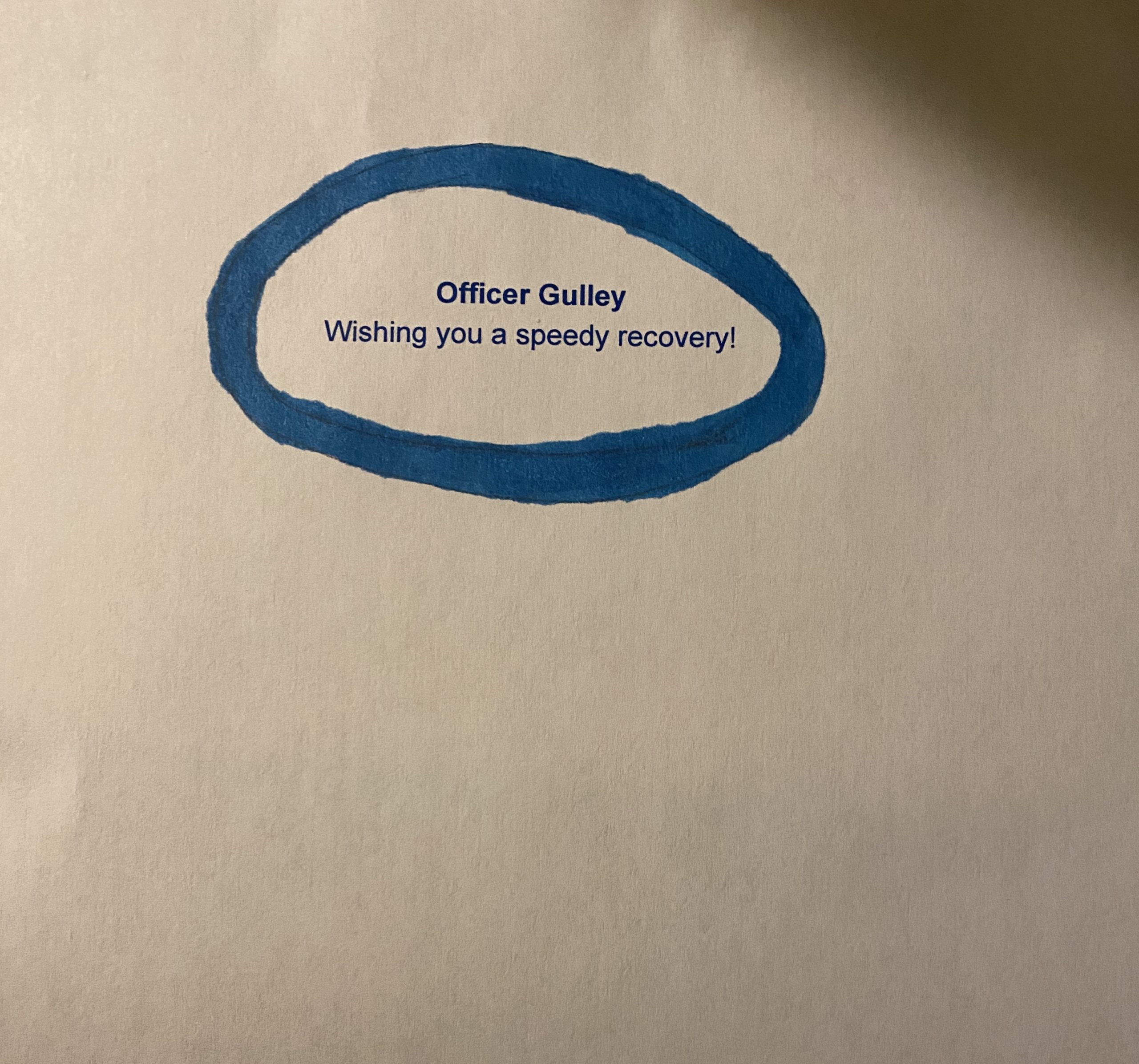 Officer Jeff Gulley is an Alabama police officer who was, unfortunately, diagnosed in January with stage four colon cancer. What Officer Gulley thought was a stomach ache turned out to be life-threatening. Even during this challenging time, Officer Gulley tried to stay optimistic and believed that his illness strengthened his relationship with God. Officer Gulley has always been a happy person and always greeted everyone with a smile. Fellow Officer Blake Jones said, “he [Officer Gulley] shows up to work every day and works hard every day.” Officer Gulley’s colleagues in Pleasant Grove, Alabama, strongly empathized with Officer Gulley. Lieutenant Danny Reid, a police officer, said “It hits you hard when you hear, like this, one of your family members is sick.”

Officer Gulley was scheduled to have a ten-hour surgery in Kentucky. In an effort to pay for Officer Gulley’s family to travel to Kentucky for the surgery, Lieutenant Danny Reid sold blue bracelets with Officer Gulley’s badge number on them. Each wristband costs $5. Lieutenant Reid said, “it represents police brotherhood and that we’re thinking about him. He’s not alone.” People all over the community bought bracelets, and ultimately Reid raised over $2,500. Officer Gulley’s wife was able to be with him in Kentucky because of the money that was raised. Officer Gulley was so grateful for the community’s effort in trying to help him during this very challenging time in his life and the life of his family.