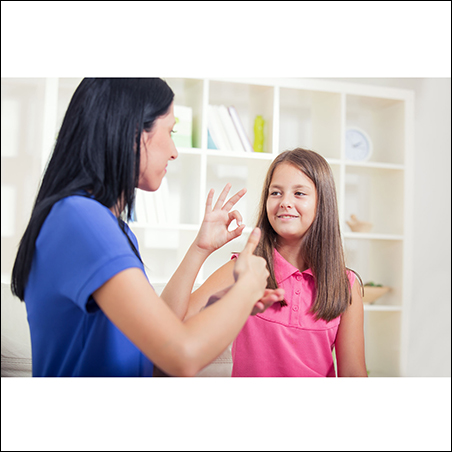 19 May In article posts by Inspire Conversation Tags: Giving Back (contribution & community)

Kindness Has No Language Barrier

Disney is known as a place where dreams come true and it has certainly lived up to expectations when Tinkerbell greeted four-year old  Shaylee Mansfield, a deaf girl from Texas, in sign language.  This greeting allowed Shaylee to feel included in a world where she cannot communicate with many people.

The best part is that this was not a one-time incident. Many members of the Disney cast are learning sign language as well. Even Minnie Mouse is learning to communicate via sign language through her three-fingered gloves.

Shayleee’s mom, who is also deaf, said that “[w]hen I was growing up, I never expected anyone to sign. That was the world I grew up in” Upon seeing her daughter communicate with her favorite Disney character, Shaylee’s parents said that that “[i]t made her proud of her own language. She made that connection. The moments I remember the most in my life are when I see someone truly happy. It brings out the best in me and makes me become a kid again, seeing this through their eyes.”

Disney has made an incredible step in including everyone so that everyone can have a magical experience. Disney’s position is that “[e]very family that steps through the magical gates of a Disney Park is unique and special in their own way”.

We salute Disney for their approach to inclusiveness and hope to see many others follow Disney’s example.