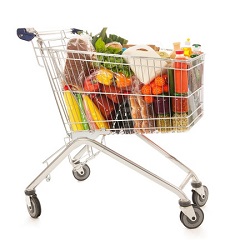 Learning from Charity, Growing from Tragedy

We recently came across a touching story that demonstrates the interconnectedness of the human experience, and proves that our good deeds create ripples through the community. Every time we help another person we make the world a better place, and whether we see the results or not, we start a ball of positivity rolling that will affect others we may never have a chance to meet or know.

Jamie-Lynne Knighten is a busy mother with a lot on her plate. In early November of 2015, she had a particularly rough evening at a local supermarket. With her 5-month-old in tow, she made her way through a busy store she had never been to before. After racking up a $200 grocery bill, she found out that she had left her debit card at home, and her credit card was declined due to an anti-fraud lock. As she struggled to call the bank and sort out the issue, a long line began to grow behind her, and one young man stepped in to assist Jamie-Lynne.

This man was 28-year-old Matthew Jackson, a local personal trainer who offered to pay for Jamie-Lynne’s groceries. At first she declined, but when Matthew insisted that he would be happy to help, she gratefully accepted. What Jamie-Lynne didn’t know was that Matthew didn’t make much money, but that ever since he was a young boy, Matthew had always taken every opportunity he could to help others.

What no one could have predicted was the tragedy that would follow. While Matthew insisted that he did not want to be paid back, Jamie-Lynne nevertheless made sure to get his name and place of work so that she could properly thank him, and inform others of his good deed. Life once again got busy, and it was a week before Jamie-Lynne could follow up.

When Jamie-Lynne finally did call the gym to inquire about Matthew , her phone call was met with crying on the other end of the line. She learned that Matthew had been killed in a car accident on November 11, 2015 – less than 24 hours after he assisted Jamie-Lynne.

Jamie-Lynne  was thrown by the news, and wanted to do something for this kind stranger she barely knew. She took to Facebook, to share these touching words, “I still cannot believe it. I thought for sure I would get the chance to see him again, give him a hug and thank him at least once more in person. Now I won’t get that chance, but more importantly no one else will get the chance to meet him. And that breaks my heart.” The response to her post was overwhelming.

Matthew had said that he did not want anything in return for the groceries other than for Jamie-Lynne  to “pay it forward” and do the same for someone else. Following her November 20th post about Matthew’s act of kindness, strangers from across the world -as far away as Scotland and Australia – were pledging to pay it forward with good deeds of their own. Now “Matthew’s legacy” has been established as a Facebook page and Twitter account aimed at promoting good deeds worldwide. The quote on their banner reads “No act of kindness, no matter how small, is ever wasted.”

“It is beautiful and heartbreaking at the same time,” Jamie-Lynne said of the events surrounding Matthew’s good deed and death. “We are trying to turn something sad into something really good.” By preserving Matthew’s legacy through service, his spirit of giving can live on in all of us. To show just how powerful this ripple can be, the spirit of “Matthew’s Legacy” showed itself immediately following his passing on. Matthew‘s sister and brother in law made the long drive from Phoenix, Arizona to Matthew‘s funeral in California. On the way, they stopped for a meal and went to pay the check, only to find out that a stranger had already footed the bill for them.

This post is dedicated to the memory of Matthew Jackson. We thank him for his example, and hope it will live on in the hearts and minds of all those touched by acts of kindness, however small.