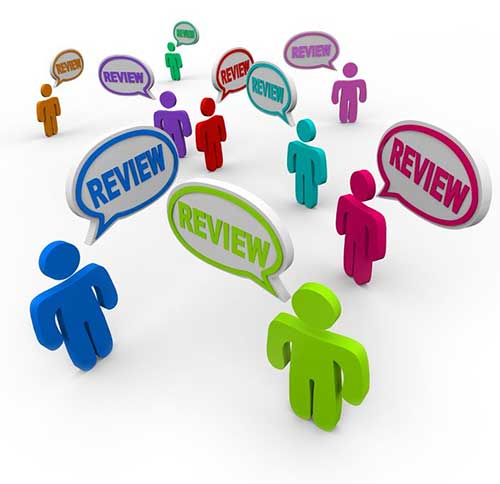 Have you ever given a bad review to a car service that drove you around, or a hotel room you rented for the weekend? How would you feel if the car or hotel owner posted a review of you as a consumer? Would you be more careful to be very polite in your dealings with the owner? Would you avoid posting a bad review of your experience (even if that review was justified)?

Our consumer culture has coupled with the expanding digital age to present a unique crossroads in the world of digital ethics. We’ve previously written about quandaries in the world of online reviews: First in “Stay True to Your Online Review?” – where we examined the notion of whether it was wrong for a customer to retract a negative review in exchange for concessions from a hotel. Next came “The Morality of Hotels Fining for Bad Reviews” – in which the question that arose was whether or not a business has the right to protect itself from bad press by imposing fines on its customers if they post a bad review.

Of the many points made by these pieces, one that rose to the forefront was the notion that online reviews carry increasing weight in our society and economy. With so many places to post online, with relative anonymity and yet high visibility – companies are increasingly under the microscope and negative reviews can quickly and effectively impact future business.

While the idea of fining for bad reviews is one way some companies have chosen to fight back, today we look at another. If companies are under increased scrutiny for the services they provide, should consumers come under their own scrutiny for how they act in their dealings with the companies they utilize?

The New York Times recently reported on the growth of a trend in the world of consumer services. The notion of ratings going both ways is not, in itself, a new idea. Online auction house eBay was an early pioneer, where buyers and sellers are both encouraged to rate each other on any transaction. This system was later amended to allow sellers to only choose whether or not to leave positive feedback on buyers – never negative. Users on eBay thus have a system to gauge other eBayer’s reported credibility as either a buyer or a seller, through this somewhat murky system that has been controversial as long as it has existed. Now, the basic concept is being adopted by service and rental related companies as well.

The app-based driving service Uber has introduced ratings for passengers, as their drivers operate as contractors with some degree of autonomy in selecting their fares. The Times relates the story of one man deemed a poor passenger by drivers, who found hailing an Uber car all but impossible as a result. Airbnb, which facilitates rental properties, has seen an increase in positive ratings for properties now that guests may be subjected to reviews for their conduct as renters.

Some key points for the discussion of companies rating consumers:

We as a society are once again breaking new ground in the realm of digital communication and ethics. With the rapid expansion of online reviewing, universal standards have yet to be adopted and thus there are many different systems for creating and accessing reviews, as well as criteria on which they are written.

To continue the digital ethics discussion, please refer back to our other recent articles on the matter including: “You Can Unlock More on Netflix, But Should You?” and “The Ethics of Proxy Servers,” as well as “Colleges and Hotels Blocking WiFi Signals: Safety or Censorship?” and “Should Search Engines Like Bing Pay You To Use Them?”