Home>article posts >The Powerful Example of the Homeless Bus 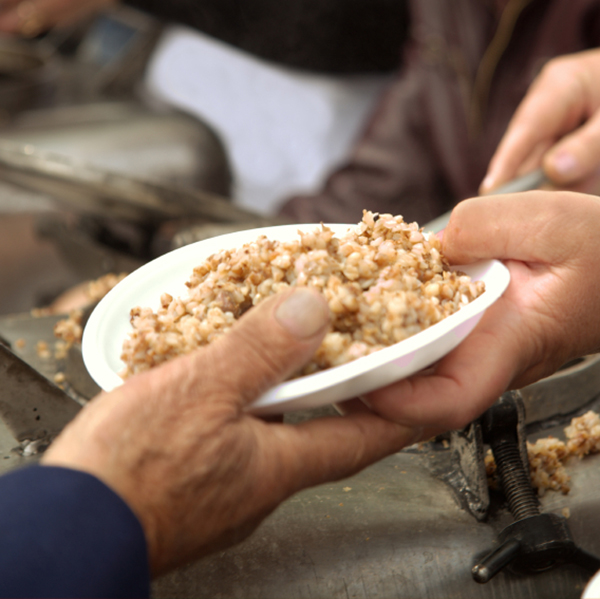 The Powerful Example of the Homeless Bus

Sometimes powerful examples of charity are right under our noses, working quietly to make the world a better place. One such example is a group known as Homeless Bus, an organization based in Towaco New Jersey, founded in 1992. For the last twenty two years a husband and wife have ventured into New York City every Saturday night to feed the city’s residents who are in the greatest need.

The program started after an inspirational seminar in Hawaii told the founder about a program that fed the needy on holidays. He decided that the holidays were not enough, that people needed help on a more consistent basis. Lacking the means to personally feed those who required it every day, Saturday was chosen as a day to consistently offer what could be provided to a regular group of thankful people.

The organization is named for the literal bus that they drive, leaving Towaco Saturday evening and making a series of regular stops en route to the Lincoln Tunnel. Along the way grateful people who look for the assistance meet the bus for warm meals, toiletries and smiles from the eager family in charge of the bus.

Homeless Bus Provides Meals To Those Without

Each week, the bus feeds over 200 people on the street with few other places to turn. It has made over a thousand runs in the last twenty plus years and has no plans to stop. Recently, due to growing need, the couple who founded and have acted as the primary (and for a long while only) volunteers have recognized the need to expand the operation in order to help the growing number of people in need.

Parents: How often do we pass someone on the street and wonder if we should help, if we could help and just what the best way to do so is. Organizations such as this one provide “boots on the ground” and know where and how best to provide help to the people who really need it. More than that, they prove that one or two people can make a difference. Started with little more than a desire to help and a beautiful idea, one couple has been making a difference for over twenty years. Consider involving children in an organization such as this one: it could be directly, or through your example of donation or volunteering. This way they may grow in appreciation for what they have, and grow in empathy for those who have not.

Teens: For most of the time they have existed, this group has done so quietly; not for applause or attention, but out of a desire to help. The attention they receive now is not for their sake but for the benefit of all of us, to learn from their example. Though it can sometimes seem that a problem such as “homelessness” or “hunger” is vast and insurmountable on a societal level, those who volunteer with “Homeless Bus” or benefit from their work wouldn’t say so. “A journey of a thousand miles begins with a single step.” Almost every major change, every worthwhile effort to better society started small and grew. It is easy to ignore problems around us and make excuses, but when we work to do what we are capable of in the hopes that our example may benefit others, we make a move towards lasting change.