Home>article posts >Pranks Don’t Have to Be Mean Spirited 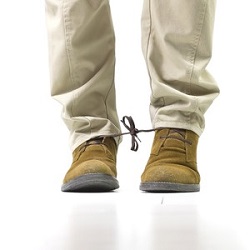 Pranks Don’t Have to Be Mean Spirited

When most of us think of pranks we think of the sort of hijinks that involve shoelaces that have been tied together or ill-placed ketchup packets. These unexpected actions are meant to give everyone a good laugh, but can end up being mean or insensitive – often providing a laugh for many at the expense of one or a few. Recently we came across a story of a more touching kind of “prank,” one that makes use of unexpected and over the top kindness to provide a good feeling for all involved.

On February 25, 2015, Principal Sherman Padgett of North High School in Wichita, Kansas was approached by one of his seniors, a young woman named Emily Jones. Emily asked him to stand in the hall, holding a bucket she had provided. Quite perplexed and smelling the hint of an oncoming senior prank, Mr. Padgett resisted. After retreating into his office to consult his secretary, Mr. Padgett said his colleague gave him a look that he read as meaning, “Go out and hold the bucket. It’s a senior prank, and it’s going to be good.”

Mr. Padgett obliged, and while he thought he was walking into the crosshairs by standing alone in the hallway with the bucket Emily had provided, instead he was greeted by a wonderful surprise. All at once, the 400 members of the senior class swarmed him, dropping pieces of paper into the bucket. On each piece was an individual, hand-written thank you note to the principal for all he had done for the seniors. Many included personal anecdotes and remembrances of ways he had touched their lives.

Emily Jones had masterminded the whole effort, with help from her guidance counsellor and two friends, as well as her mother, who inspired the whole event. According to Emily, it was her mom who suggested that a senior prank doesn’t need to involve a laugh at someone’s expense, but could instead be a chance for an act of unexpected kindness and a joyful scene.

Perhaps even more touching than this organized prank was the unexpected way it spread. Mr. Padgett reported that days after the “bucket incident” the notes were still pouring in, scribbled on post its and pieces of notebook paper. This second wave of thank yous represented notes from underclassmen who had been so inspired by the actions of the seniors that they felt obligated to spread their own message of appreciation.

Mr. Padgett reported being deeply touched and very grateful for all the support. It made him feel great to know how many students had appreciated him and the things he had done, and reaffirmed his decision to pursue being an educator so many years ago.

This story shows us that a prank doesn’t need to be mean spirited to be “cool.” In fact, acts of unexpected kindness tend to inspire the same in others, and positive energy spreads much quicker and more enduringly than cheap jokes.