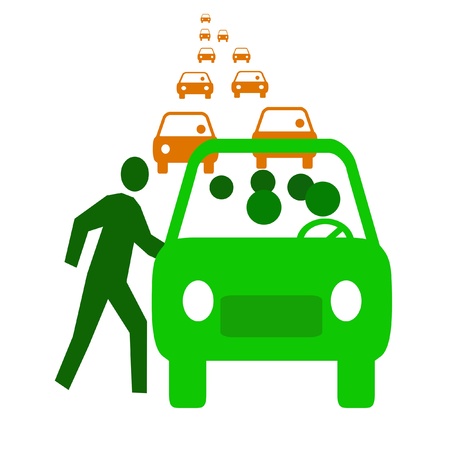 Susie Lubell is a volunteer for an organization called Road to Recovery. The organization was started by a man named Yuval Roth. Yuval’s brother had been kidnapped by Hamas in 1993 hitchhiking home from reserve duty, and while he was grieving, Yuval joined a group of Israelis and Palestinians who had also lost loved ones due to the ongoing conflict in the area. Through this group, Yuval grew close to a man named Mohammad who had also lost a brother. One time, Mohammad asked Yuval if he could drive another member of the group to the hospital as a favor. One ride turned into several and soon, Yuval was getting phone calls from many families who needed rides desperately in order for their children and family members to receive treatments in Israeli hospitals. This little favor turned into a successful organization with 600 volunteer Israeli drivers who provide 10,000 rides a year to sick Palestinians. While many Palestinians receive permission to get treatment in Israeli hospitals by the Palestinian Authority, few can make the trip on their own. That’s where Road to Recovery comes in. Rather than the Palestinian patients having to take very expensive taxis each time they return for treatment, Israeli volunteers drive them. According to volunteer driver Susie Lubell, “It’s a direct route. A much needed short-cut.”

Susie Lubell recently wrote about her experience as a volunteer for Road to Recovery. She wrote about her driving a man named Raafat and his mother to the hospital. Raafat has Lymphoma and this would be his second treatment at Hadassah Hospital. The previous time that he had to make the trip, it took him and his mom four hours to get to his appointment and 500 shekels (approximately $125 U.S.) each way by taxi. But he had recently heard about the organization through a friend and now he was sitting in Susie’s car, being taken to the hospital for free.

It is people like Yuval Roth and Susie Lubell that prove that peace can be achieved among people. Susie writes; “I believe it’s possible for Palestinians and Israelis to live amicably as neighbors. Who knows when our politicians will be able to sign a peace agreement. I’m not holding my breath. But when we have the opportunity to connect as individuals, it’s not difficult. There is a lot of common ground. Unfortunately opportunities are scarce because we live segregated lives. As citizens we also need a more direct route to interact and engage. I have wanted for some time to show my support of a lasting, peace solution but I’m not much of an activist. The public, sign-holding kind, anyway. So the idea of helping people directly with just a few hours of my time and maybe having a chance to talk and connect as human beings and not nationals from either side of a wall, appealed to me immensely.”

According to Susie, one does not have to sign petitions and protest to make a difference. Achieving peace is not purely political; it’s personal too. We need to look at other people as individuals rather than just part of another nation. As Susie says, “ The road to peace, reconciliation and recovery, just like the road to Hadassah Hospital, need not be so convoluted and fraught with checkpoints.”