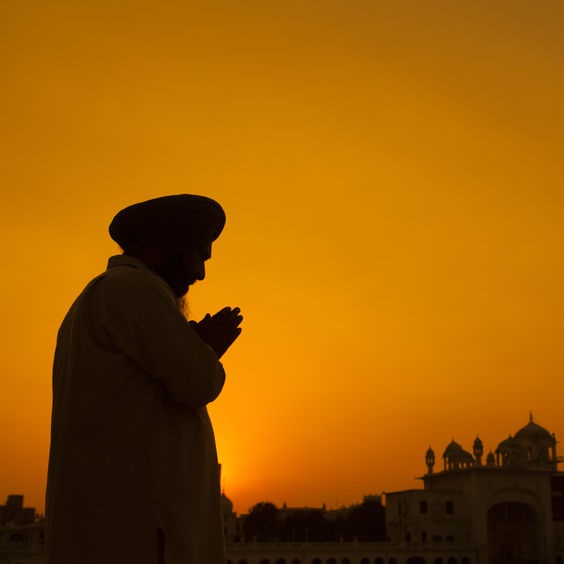 Sikhism is a religion dating back to the 15th century in the Punjab region of India. Sikh men grow their hair long and keep their head covered in public at all times as a measure of respect and deference. The distinctive turbans worn by Sikh men are a means of both religious expression and cultural identity, and they are never removed outside of the privacy of one’s home.

We came across a recent story out of New Zealand worth sharing. 6 year old Daejon Pahia was struck by a car in Auckland, and suffered a terrible head wound. Harman Singh, a 22 year old Sikh man, happened to live nearby. He ran out after hearing the incident, saw the young boy, and rushed to help. He quickly removed his turban, ignoring religious protocol, and held it to the boy’s head in order to stop the bleeding.

According to Singh, he didn’t have to think twice about removing his Dastar (turban). “I wasn’t thinking about the turban,” he told a local newspaper. “I was thinking about the accident and I just thought, ‘He needs something on his head because he’s bleeding.’ That’s my job – to help. And I think anyone else would have done the same as me.”

As important as his religion is to him, as much as he values and respects the practices associated with his faith and his community, at that moment Singh was thinking only of the young boy. While our personal beliefs are and should be very important to us, our responsibility to our fellow man are very important as well. In this instance, Singh’s desire to help outweighed any concern for himself.

Fellow Sikh members of Singh’s community, the larger community of Sikhs around the world, and many others have widely praised Singh for his actions. While some reported the image of him without his head covered “strange” at first, they recognized that his desire to help a young boy was inspiring. In fact, rather than criticizing him for removing his turban, many Sikhs have been able to hold special reverence for the action taken by Singh, recognizing the powerful significance it holds.

We applaud Mr. Singh for his actions and draw hope from this story. We never know how we will react in the heat of the moment, when faced with an emergency situation and an opportunity to be of service. To set ourselves aside and think purely of others is a truly meaningful act. According to Daejon’s mother, she fully believes that her son would not have survived if not for the quick thinking and selflessness of Mr. Singh.

Mr. Singh, we salute you for your devotion to your fellow man, and your ability to think of others before yourself. It is something we should all try to emulate.