Home>article posts >Sit With Us 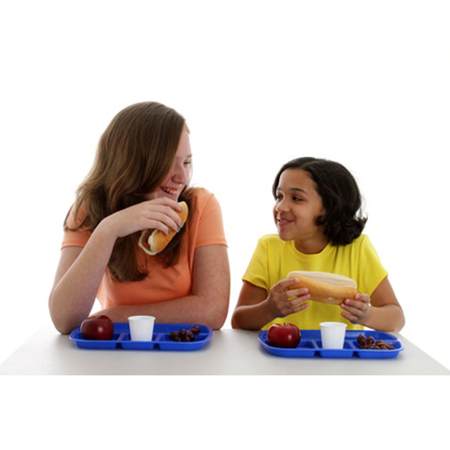 Natalie Hampton had a difficult year when she was in seventh grade: she had a difficult time navigating the lunchroom and finding people to eat with, which made her a target for bullies to pick on. Natalie recognized that the issue she was facing was not unique to her alone, and that many other children and teens were facing a similar issue. Rather than let her challenges defeat her, Natalie decided to tackle her problem head on. This past September, she released the app Sit With Us, to help solve this problem.

Sit With Us is a digital platform that helps students find peers to sit with during their lunch period. The app has delegated “ambassadors” who can invite other users to sit with them at a lunch table. This method gets rid of the possibility of a student being publicly rejected at a lunch table and feeling humiliated. Natalie stated that with the app, “it’s very private. It’s through the phone. No one else has to know.” Sit With Us’s private nature is very appealing to its users.

So far the app is having success and students are finding it much easier to fit in during lunch and throughout the rest of the school day. In the future, we hope that students can find a place to eat without using this app and that students accept one another more easily. Natalie is a great example of someone who faced a problem and came up with a solution to the problem rather than run away from it and we applaud her for her work.