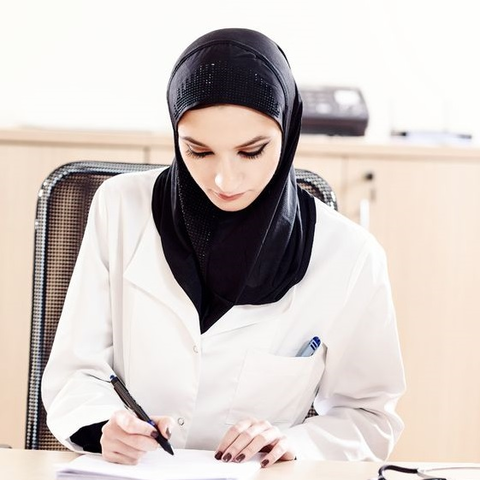 A while back, we published a story regarding an employee of a popular clothing chain, who had been fired for wearing a headscarf to work. The argument made by the company was that the woman, a Muslim wearing the garment in order to conform to her religious beliefs, had not been fired for her beliefs or her religion, but for violating a company dress code for employees.

Now, an eerily similar story has made the news, in which a different woman accuses the same retailer of discrimination – in her case, before she was even hired. Samantha Elauf wore a headscarf to her interview with the chain and was not offered a job, despite having an interview that the store manager admitted was outstanding . A lawsuit filed on her behalf, alleges that it was a case of religious discrimination.

The company that chose not to hire Elauf claims that the decision was based on the headscarf, but not on religious grounds. The company enforces an employee dress code that prohibits black clothing, and requires employees to conform to an aesthetic consistent with the clothing the company sells. The company asserts that Elauf cannot claim discrimination because she never made a point to state her religion or explain the related need for the headscarf.

Title VII, a federal civil rights law enacted in 1964, requires employers to make concessions for the religious beliefs of employees in a variety of instances. Elauf’s case is based on the position that the retailer could have made an exception to their dress code to allow for an article of religious clothing. The store says that the suit asks for special treatment of Elauf based on her religion.

One judge said that potential employers cannot “feign ignorance when people appear before them in religious clothing.” The retailer argued that it is dangerous for companies to make assumptions, especially when it comes to religion, in their employees and applicants.

Should potential employers simply explain the rules to applicants, and ask them relevant questions about their religious preferences and related needs? Or does this open the door to a new form of discrimination, where employees aren’t hired, not for their actual religion, but for the special allowances they may require? Just as the court is doing, when discussing this issue as a family, it is important to try and see both sides when forming an opinion. There is no simple answer, but is there one that is fair to everyone involved?

For another instance of traditional head scarves in the news, and another fascinating family discussion, you may be interested in Michelle Obama’s Absent Headscarf Causes Controversy.